In the evening of Feb. 5, 2013, the sun erupted with two coronal mass ejections or CMEs that may glance near-Earth space.

Earth-directed CMEs can cause a space weather phenomenon called a geomagnetic storm, which occurs when they connect with the outside of the Earth’s magnetic envelope, the magnetosphere, for an extended period of time. In the past, CMEs at this strength have had little effect. They may cause auroras near the poles but are unlikely to disrupt electrical systems on Earth or interfere with GPS or satellite-based communications systems.

Updates will be provided if needed. 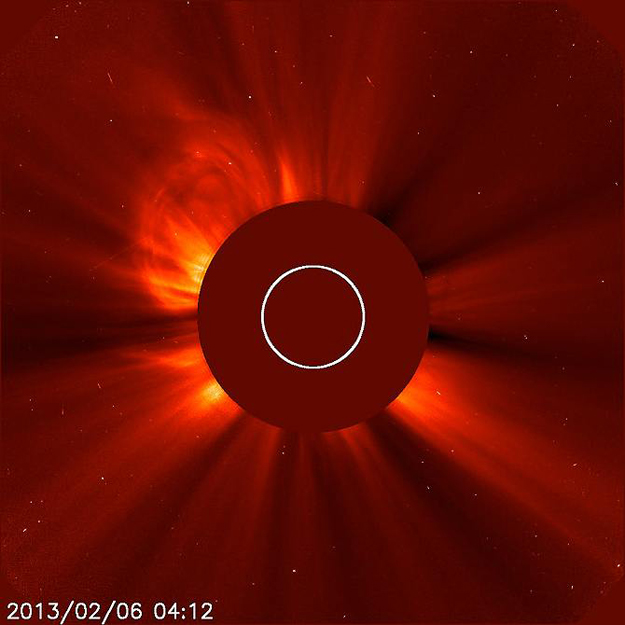 The second of two CMEs from the evening of Feb. 5, 2013, can be seen bursting away from the sun in the upper left hand side of this image, which was captured by the joint ESA/NASA mission the Solar Heliospheric Observatory (SOHO) at 11:12 p.m. EST. The sun itself is obscured in this picture – taken by an instrument called a coronagraph — so that its bright light doesn’t drown out the picture of the dimmer surrounding atmosphere, called the corona. Credit: ESA&NASA/SOHO