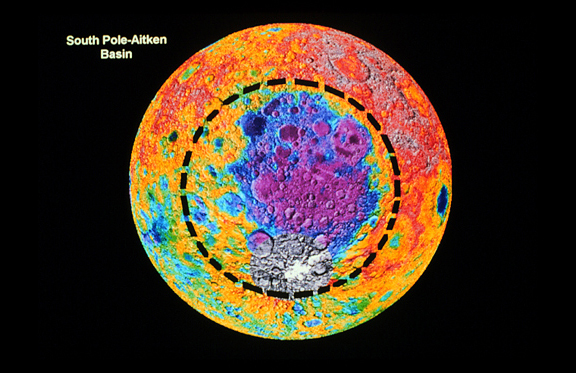 NASA and other national space agencies are again focused on lunar exploration, which raises the question of how to best use semi-autonomous rovers to explore the Moon’s surface. R. Aileen Yingst, a senior scientist at the Tucson-based Planetary Science Institute, is leading a group of Mars-rover veterans who are conducting field studies to answer that question.

NASA and other national space agencies are again focused on lunar exploration, which raises the question of how to best use semi-autonomous rovers to explore the Moon’s surface. R. Aileen Yingst, a senior scientist at the Tucson-based Planetary Science Institute, is leading a group of Mars-rover veterans who are conducting field studies to answer that question.

The scientists are evaluating operational strategies to maximize the scientific return from rover activities. This includes determining the types of instruments the rover should carry and how they should be used to recognize surface features that speak to the Moon’s volcanic history, possible ice formation at its poles, and other geologic questions.

“We’ve done five years of semi-autonomous rover operations on Mars, and we have a good, day-to-day operational understanding of how that works,” said Yingst, a participating scientist on the Mars Exploration Rover (MER) mission. “But there will be some significant changes in those strategies when we have rovers on the Moon, just because of the difference in time lag, among other things.”

Since it takes 40 minutes to radio a Martian rover and receive an answer, continuous communication is not possible. This has led scientists to upload the operational sequences for one, two or even three days of rover activities in a single message. Then the rover operates independently for that time period.

But the Moon is much closer than Mars and the round-trip message time from Earth is only about three seconds, not much longer than the time lag a cable TV newsroom experiences when contacting a reporter in Bagdad. The short time lag will change how scientists direct the rover and how they will use its instruments.

Lunar geology also is much different from Martian geology, so the rover will be looking for very different things, Yingst noted. For instance, lunar rovers will potentially be searching for a variety of basaltic lava types that will help explain the Moon’s thermal evolution. They also may search for ice at the poles, which might occur as permafrost or coatings of ice on rocky grains, she added.

Scientists also want to date portions of the lunar surface to field check their current estimates of the age of lunar formations. This is important because the ages of many other planetary surfaces in the solar system are keyed to the age of lunar landforms and the number of craters found on them.

Yingst’s team will be studying volcanic areas in New Mexico and permafrost in Alaska as Earth analogs of similar surfaces on the Moon. One field team will pretend to be an autonomous rover and will use a camera, spectrometer and other instruments — and only the data from those instruments — to make decisions about where to go and what kind of data to collect.

The rover team will be followed by team of scientists that will use traditional field methods to study the geology.

“Human geologists certainly will be able to figure out a lot more about the geology than an autonomous rover can,” Yingst said. “We already know that. But then the questions are: What can they figure out that the rover can’t? How do they do that? And how can we use that information to make the rover smarter and more efficient?”

She emphasized that this method is a low-cost way to explore these questions because it doesn’t require building and testing costly rover prototypes. “We’re mimicking the methodology, without incurring the time or expense involved in dealing with rovers and space-qualified instruments in the field,” she said.

The results from this study will help scientists design more intelligent rovers and operate them more efficiently once they land on the Moon, she said.

The research team working with Yingst is composed of veterans from the MER mission. They include: Barbara Cohen, of Marshall Spaceflight Center; Larry Crumpler, of the New Mexico Museum of Natural History; Jerry Johnson of the University of Alaska-Fairbanks; Brad Jolliff, of Washington University at St. Louis; and Mariek Schmidt, of the Smithsonian Museum of Natural History.

The research is being funded for three years under a grant to the Planetary Science Institute from NASA’s Moon and Mars Analog Mission Activities program.

EDITOR’S NOTE: An image related to this story is available at http://www.psi.edu/press/

The Planetary Science Institute is a private, nonprofit 501(c)(3) corporation dedicated to solar system exploration. It is headquartered in Tucson, Arizona, where it was founded in 1972.

PSI scientists are based in 16 states, the United Kingdom, France, Switzerland, Russia and Australia.