SpaceX Will Start Going to Mars in 2018

SpaceX announced today that it is going to start sending specially modified Dragon spacecraft aka “Red Dragon” to Mars as early as 2018.
The purpose of these missions is to demonstrate the technologies needed to land large payloads propulsively on Mars. These Mars missions will also be pathfinders for the much larger SpaceX Mars colonization architecture that will be announced in September 2016.

With this announcement SpaceX has upped the ante for the human exploration of Mars by beginning technology pathfinder missions a decade or more before NASA plans to do so. 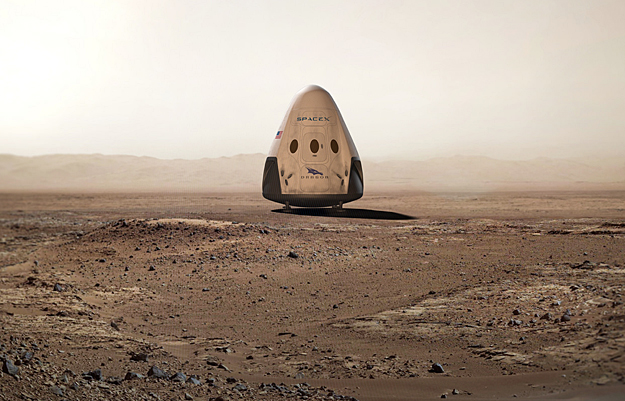 “The purpose of this Amendment No. 1 to Space Act Agreement No. SAA-QA-14-18883 between the National Aeronautics and Space Administration (“NASA”) and Space Explorations Technologies Corp. (“Partner” or “SpaceX”), effective December 18,2014 (the “Agreement”), is to (1) further define areas of insight and assistance to SpaceX under the Agreement, (2) further define areas in which NASA will have access to and use of SpaceX data and technology to advance NASA’s understanding of the development of SpaceX’s propulsive descent capabilities and enable NASA’s own Mission to Mars, and (3) extend the period of performance under the Agreement.”