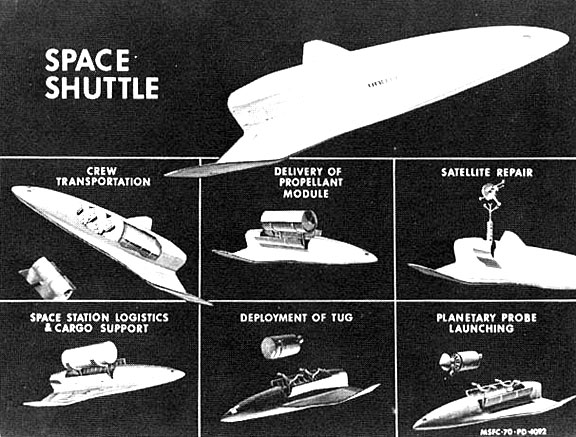 by Mike Pierson Air Force Space Command Public Affairs – As the last space shuttle mission approaches, one of the fathers of the world’s first reusable spacecraft discussed how the shuttle program began in the 1950’s as part of a dream to explore beyond the moon that faded after budget cuts and disaster.

by Mike Pierson Air Force Space Command Public Affairs – As the last space shuttle mission approaches, one of the fathers of the world’s first reusable spacecraft discussed how the shuttle program began in the 1950’s as part of a dream to explore beyond the moon that faded after budget cuts and disaster.

On Apr. 21, Dr. Hans Mark, former Secretary of the Air Force and Deputy Administrator of NASA, told about 200 people gathered in the auditorium of Air Force Space Command Headquarters that the shuttle was originally conceived as part of a larger program of exploration, first articulated in 1952.

As the Apollo program was coming to a close, three groups made recommendations on the future of manned space flight to President Richard Nixon in 1970, Dr. Mark said. One group recommended the building of a space station and space shuttles. They estimated the cost of the project at $24 billion over 10 to 12 years, about the same budget the Apollo program had received to put men on the moon.

The President agreed with their proposal, but told NASA to, “do it for half,” or about $12 billion, Dr. Mark said. With a smaller budget, NASA decided to build the space shuttle first, as it was the most technically challenging part of the overall program.

“No one thought at the time that we could ‘dead stick’ a big airplane back from Earth orbit,” Dr. Mark said, pointing to photos of early designs showing engines built into the shuttle’s wings. The shuttle ultimately never used jet engines.

The shuttle program suffered another setback in 1971, when President Nixon cut the program budget to $6 billion. Soon after, the Air Force became involved in the program. Dr. Mark said military requirements led to NASA changing their plans for a straight wing to the now-familiar delta wing, allowing the shuttle to land near its original launch site after only one orbit.

With the Air Force on-board, President Nixon gave the shuttle program the go-ahead 1972. NASA planned to fly the shuttle 50 times per year, beginning with a first flight in 1979. Dr Mark and others took issue with this aggressive schedule and worried that the glue to hold shuttle heat shield tiles to the vehicle would not be ready in time. As schedules slipped in the shuttle program, however, the glue was ready to go by the first launch in 1981.

Even before the first launch, the shuttle program almost fell victim to budget cuts during the Carter Administration. Program managers, “realized we had a fan,” in President Ronald Regan in the early 1980’s, Dr. Mark said, showing photos of President Regan’s visit to the control room at Johnson Space Center soon after he took office. President Reagan went on to commit the nation to building a space station during a speech in 1981 at Edwards AFB following the landing of the fourth flight of “Columbia”. President Reagan said the shuttle would, “help create a more permanent presence of mankind in space,” Dr. Mark said.

“We couldn’t get him to say ‘Space Station’ in the speech,” since it was not yet part of the president’s budget request to Congress that year. In his 1984 State of the Union Address he proposed the development of a permanently manned space station. The Congress committed $150 million to start the space station program, which President Reagan announced would be an international effort.

The concept of the space station itself evolved over time. The original concept, Dr. Mark said, was to build a smaller station and fly other smaller station components, “in formation” alongside the space station, with astronauts space walking between the parts. NASA officials at the Johnson Space Center were not enthusiastic about astronauts walking between the parts of the station; however, leading to what has become the single, massive International Space Station in orbit today. Unfortunately, Dr. Mark said, because of the inclination of the orbit of the ISS, it cannot be used as a staging base for future manned missions to other places in the solar system.

Dr. Mark, who fled Nazi Germany with his family in the 1930’s and earned a PhD in physics in 1954 from the Massachusetts Institute of Technology, is still troubled over the failures that led to the Shuttle Challenger disaster in January 1986. He said that problems with the solid rocket boosters were suspected as early as 1983, during the shuttle system’s 10th flight.

In March, 1983, as the deputy administrator at NASA, Dr. Mark ordered a review of the solid rocket boosters to be completed no later than the end of May, 1983. Unfortunately, the review was not completed until August, 1985, he said. “They kept flying (the shuttle),” he said. “They kept seeing more problems.”

Dr. Mark moved on to be Chancellor of The University of Texas in 1984, but stayed concerned about the lack of technical experience at the top ranks of NASA. He wrote a letter to Vice President George H.W. Bush, in late 1985, articulating his concerns.

“I guess I didn’t make my letter strong enough,” he said quietly. The Challenger shuttle was destroyed on liftoff when its solid rocket boosters failed, killing all seven on board, including astronaut Dr. Ron McNair, also an MIT graduate.