A small plant growth chamber orbiting in space was remotely dedicated in Cleveland Saturday evening.
At the annual meeting of the American Society for Gravitational and Space Research (ASGSRC) it was announced that the Veggie unit aboard the International Space Station has been dedicated to Thora Halstead and Ken Souza. A special plaque has been affixed to the Veggie hardware by Astronaut Kate Rubin. Copies of that plaque were flown in space and then returned to Earth were presented to Ken and Thora’s families this evening.

By coincidence the third crop of lettuce just started to grow in Veggie this past week. 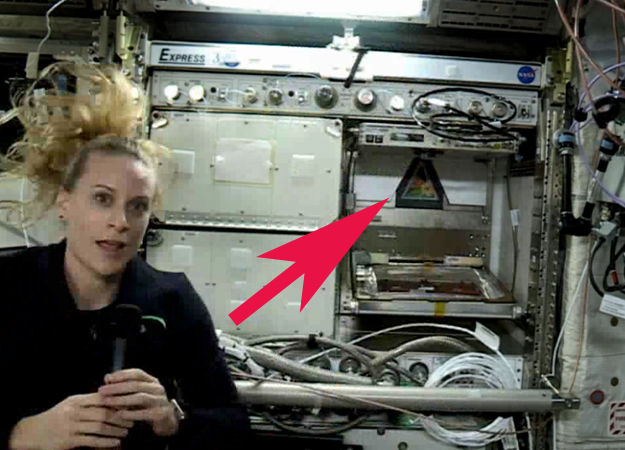 Before I go any further Thora and Ken were friends of mine for more than 30 years. To say that I was fond of them would be an understatement.

Sadly they both left us earlier this year. Indeed, Ken died barely a week or so after Thora while he was beginning to organize a memorial for her. These back to back losses really hit the space life science community very hard. You see, they had worked together at NASA and after retirement for nearly 50 years. As a result of their hard work and dedication to foster new researchers, they leave behind hundreds of space life science professionals spanning several generations.

To tell you what Thora and Ken meant to me I have to tell you my own story with NASA. It is fairly typical when it comes to how Ken and Thora mentored people.

I first met Thora at NASA Headquarters in the mid-1970s. I was visiting Washington DC and called NASA to see if I could meet with a space biologist. Of course I ended up talking to Thora. It was surprising that someone so important would talk time to talk to me. She set aside quite a generous amount of time for me and left me carrying a bunch of NASA publications. A few years later, based on my initial contacts with Thora I drove from Connecticut to Niagara Falls, NY for meeting where all the space life scientists would be. A year later, while job hunting in Washington DC, I went to a follow-up of that meeting which now had its own organization, the American Society for Gravitational and Space Biology (ASGSB) – the earlier incarnation of today’s ASGSR. And there was Thora and even more space life scientists than I had seen a year earlier. 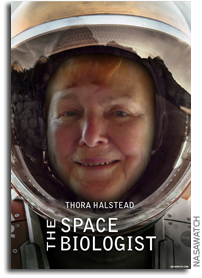 I was hired by USRA shortly thereafter to support the Life Sciences Strategic Planning Study Committee (LSSPSC) which was doing an overlook of what NASA’s life science programs were doing. In essence we went to every NASA center that had anything to do with space life science. For me it was an unexpected crash course in space life science. One of the first places we went was NASA Ames Research Center – and the very first person I got to know there was Ken Souza. He decided to take a few hours off and drove me around ARC in his old blue Toyota. I saw every since piece of space hardware they were working on. Again, I was really surprised that someone like this would take this much time to educate me. I have to say that what I learned from Ken in that one afternoon shaped every space hardware project I worked on thereafter.

During the course of the LSSPSC committee’s work inevitably much of the heavy lifting fell to the staffers (whom I managed) to actually write the report. By the time that report was put to bed I had a pretty amazing amount of stuff in my head. For a while I supported various people at NASA’s life science division. Then I had a chance to work for the American Institute of Biological Sciences (AIBS). AIBS at the time handled all of the peer review activities for NASA’s life sciences division – spanning the range from exobiology and SETI, to plant and cell physiology, human biomedicine, and closed life support systems. I got an intimate chance to see how people propose space research, how these things are evaluated, how program managers some times took a risk, and how they sometimes played it safe. I also learned how the proposing community operated and the dynamic between science and money.

I got to know each of the program managers well – especially Thora. By this point it was obvious to me that Thora was unusual – she was a woman in a position of authority in an agency that did not allow to happen very often. And when she had to defend her program against others she would go one-on-one with anyone who tried to take things away. She protected all of her researchers as if they were family. I would spend hours sitting in her office staring at all of the books she had while she took each and every phone call that came in. As was the case with my younger self, she always had time to talk to someone. This became especially frustrating when budgets were being cut and we were working to make sure that everyone had enough to survive. And then someone would call – about the budget. And when it wasn’t a call about the budgetary issues, it was a student calling. She worried about students – all the time. I have lost track of how many students supported by Thora are now prominent members in this field. 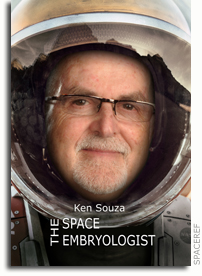 The ASGSR (then the ASGSB) grew out of annual meetings Thora tried to have with all of her researchers and hardware builders. I can see that this function continues to this day. Back in the 1980s we had a lot of researchers but we were just learning how to build all of the ever increasingly complex hardware needed to answer all of the questions we sought to answer. The first time that we had an opportunity to really put it all together were the Space Life Science Spacelab missions. Ken Souza was integral to much of the hardware that was built – including his own experiment that looked at fundamental aspects of how frog embryos behaved in microgravity.

As the SLS missions paved the way the space station began to materialize. They were looking for life science people to help build and design things. Both Ken and Thora were helpful in getting me a job at the Space Station Freedom Program Office at NASA. Now I had a chance to take everything that I had learned from Thora and Ken and all of the other people they supported and help create an even greater research capability in space. My prime responsibility was getting the requirements in place for the 2.5 meter centrifuge facility – a task I could never have accomplished without help from Ken and Thora and their staffs. The folks who worked with Ken at ARC were tasked with making the whole thing work and I, in turn, was their advocate back in the midst of the space station hierarchy. I felt like I had a cause – and I can tell you that it was the direct result of having had so many people in space life sciences helping me along.

Indeed, in an effort to give something back, I eventually ended up on the governing board of ASGSB, which allowed me to help further. I designed the logo for the organization, and convinced multiple astronauts to wear an ASGSB t-shirt in space, in Antarctica, etc.

Alas that Centrifuge Facility was never built. NASA traded it away to defray launch costs and then cancelled it outright. But I know that a lot of the expertise that went into it continues today in another generation of space life science researchers and what flies aboard ISS.

Every time I see a picture of the inside of the ISS I see something that I recognize – something that I helped to develop in one way or another. As such, there is a little part of me up there. All of us who have worked on things that fly in space feel that way. Its why I walk outside on a regular basis and look up to see the space station fly over my house.

You can understand why it was cool when a bunch of us inside and outside of NASA found a way to get a piece of the summit of Mt. Everest grabbed by Scott Parazynski (who I also first met at ASGSB) and some Apollo 11 moon rocks that Scott and I carried around Nepal onto a plaque and then up to the space station. They now reside within the Cupola. Another reason to look up into the sky.

A few weeks ago I learned that a landmark on Mars was named after Bob Wharton, a friend of mine with whom I also worked at NASA Life Science Division in the 1980s along side Thora and others. He also wore an ASGSB T-shirt at my urging – in Antarctica. Bob would be so tickled to know that this was done. A number of us had suggested a memorial like this for Bob to NASA and then waited patiently for years as the process worked itself out. It was worth the wait. Now I check images from Bob’s neighborhood at Wharton Ridge almost every day to see what the weather is like.

As such it should not be surprising to tell you that after Thora and Ken died I sent an email to some NASA folks suggesting that the Veggie unit be named after them. It was just a thought. I really did not expect anything to come of it. Much to my surprise, I found out a month or so later that NASA liked my suggestion and that this would indeed be happening. I am certain many, many people in the space life science community appreciate the work it took to make this dedication happen at NASA. I sure do.

What a cool way to say thank you to my friends Thora and Ken. They really were trend setters in NASA’s space life science research and had a strong effect upon innumerable careers.

Now I have two more reasons to watch that bright star fly over my house at night and to think of the Earth life that has taken hold inside of Thora and Ken’s little greenhouse in outer space.