Image below: Everest, Lhotse and Nupste behind prayer flags, as seen from Kala Pattar (18,500′) 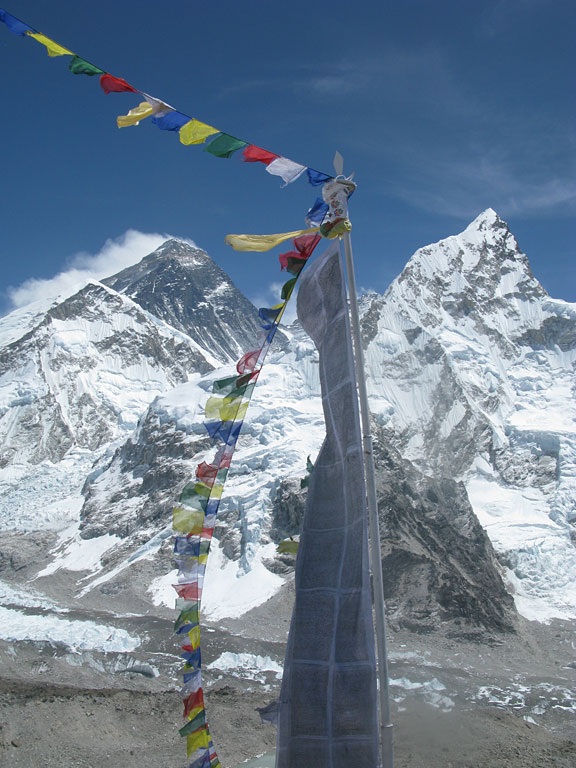 Image below: Everest, Lhotse and Nupste behind prayer flags, as seen from Kala Pattar (18,500′)

Image below: Me and crew above CI 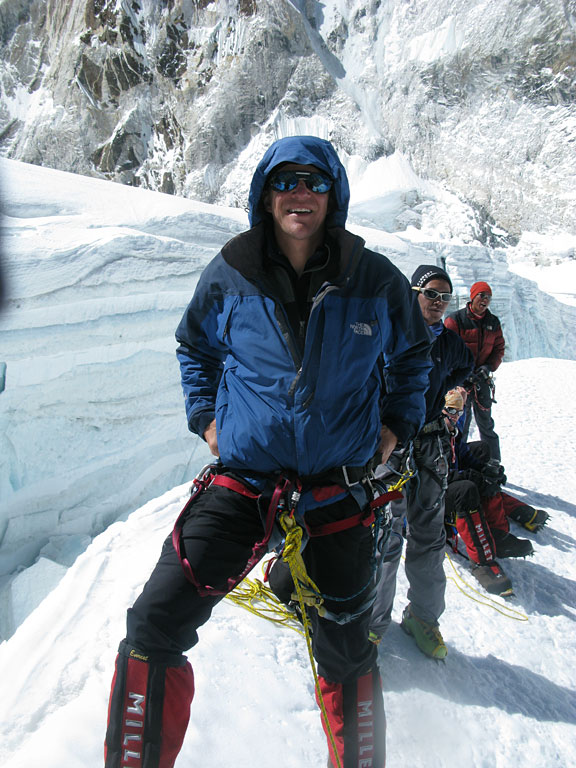 Image below: Hydrating in the CII dining tent 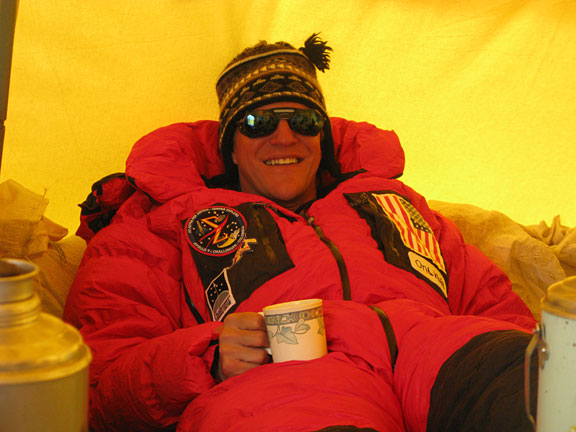 Image below: Kami from a vantage point well above CII 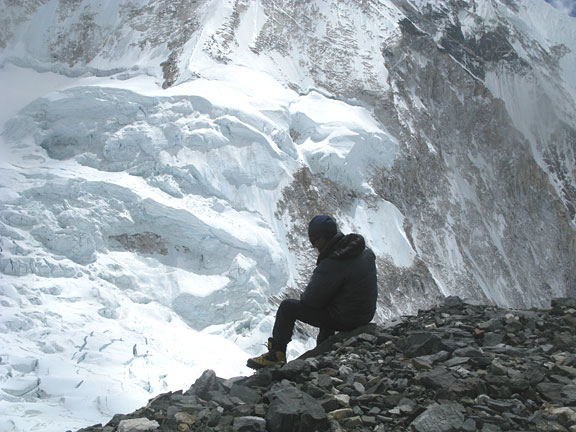 Image below: Rappelling down the Icefall following a rotation 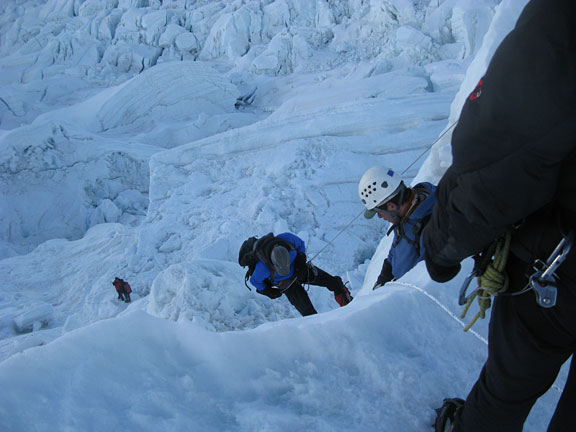 Image below: Laundry day at EBC (Scott’s and Adam’s tents) 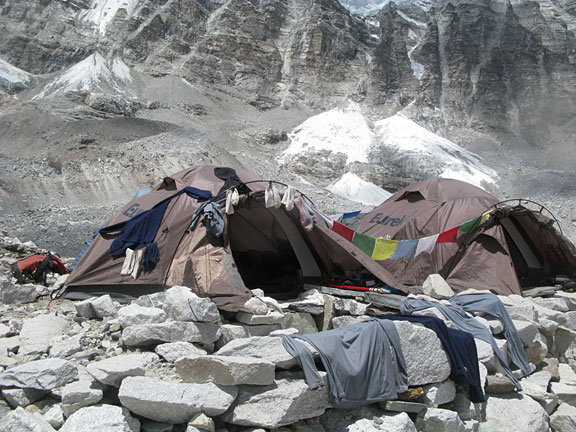 Image below: Kaji, our EBC cook, improvising (with an ice axe) as he butchered yak meat for dinner 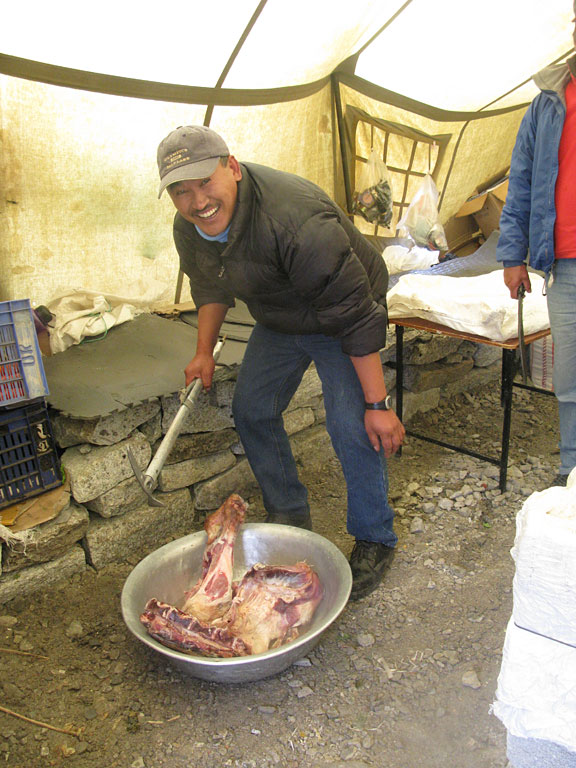 Image below: Sunset on the Lhotse face above CII 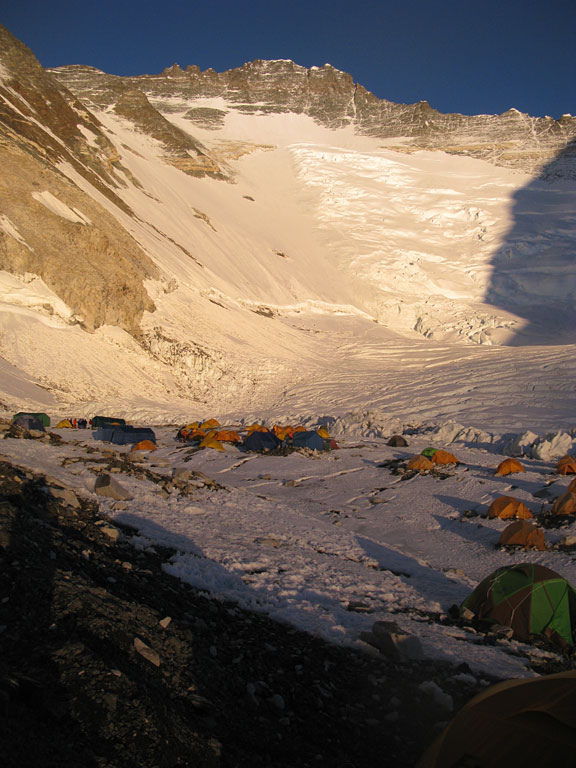 Image below: The view towards the summit from CIII with the Yellow Band, Geneva Spur, Balcony and South Summit in view 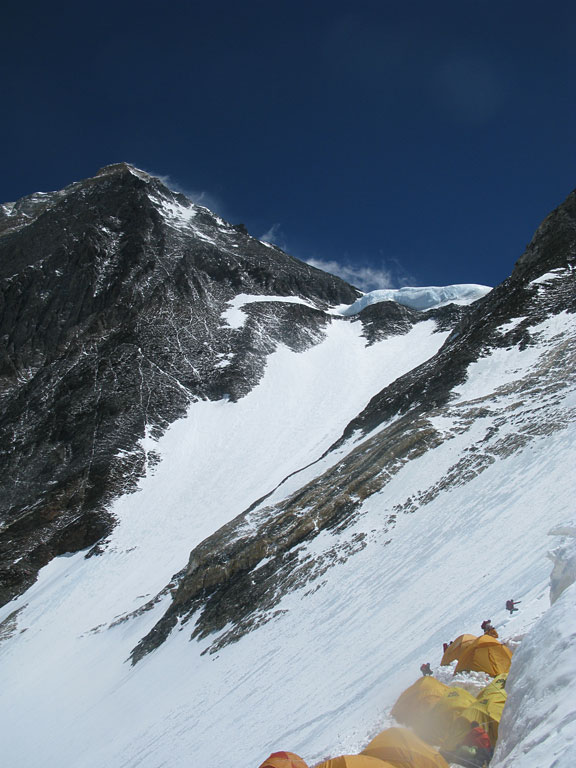 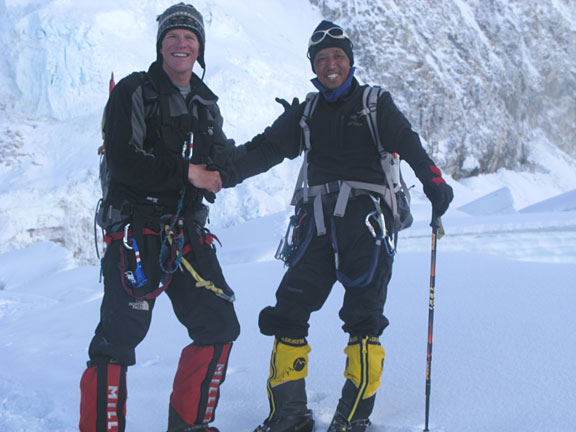 Image below: a self-portrait just before going to bed at CIII on O’s 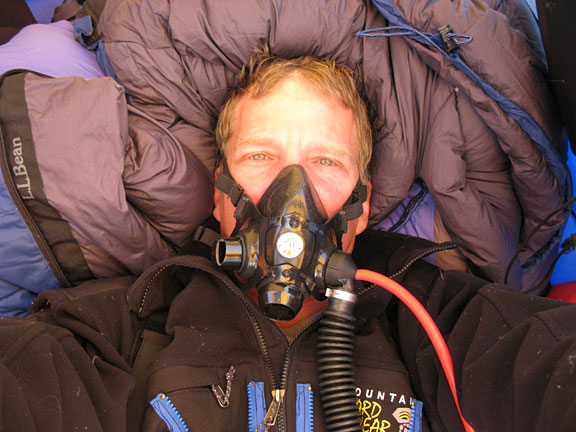 Image below: Bob Lowry stretching Scott out on the way down from CII to EBC; I wouldn’t have made it down from CIII the day before without periodic stretching and icing my back every 20-30 minutes. 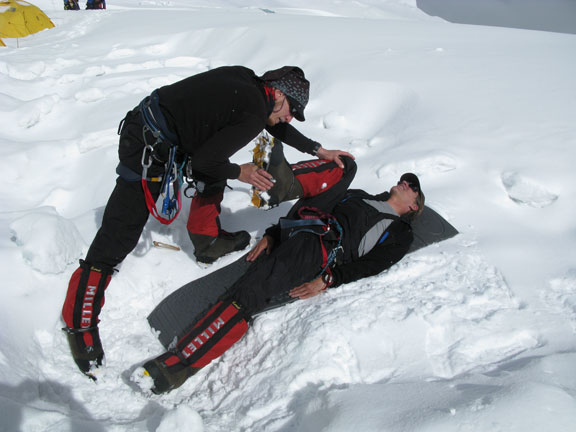 Image below: My E-ticket ride home: a French-built Cheetah helicopter, piloted by the Nepalese Air Force. An hour and a half flight from the vicinity of EBC all the way to Katmandu, vice a 3-day, 36 mile trek! 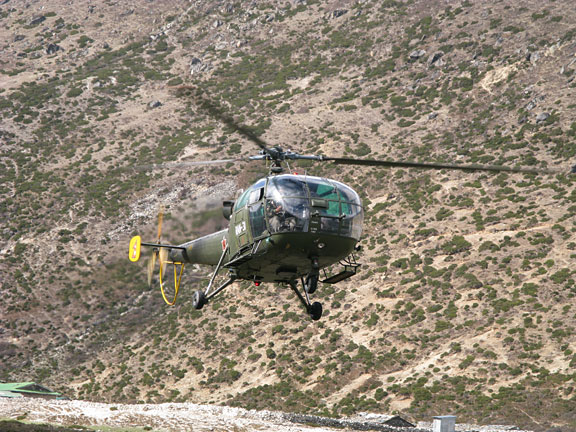