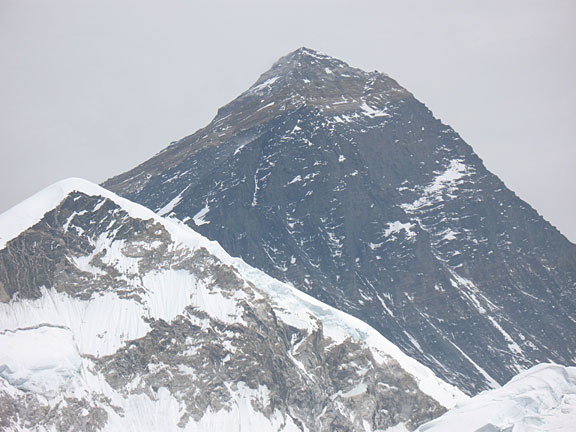 New research in the FASEB Journal suggests that there are extensive but reversible changes in the heart when it is exposed to low oxygen levels similar to those caused by many diseases.

New research in the FASEB Journal suggests that there are extensive but reversible changes in the heart when it is exposed to low oxygen levels similar to those caused by many diseases.

From the highest mountaintop comes a new research report in the FASEB Journal that gets to the bottom of what happens to the hearts of people when exposed to low-levels of oxygen, such as those on Mount Everest or in the intensive care unit of a hospital. In the study, researchers monitored subjects who spent time at the Mount Everest Base Camp and found that the low-level oxygen conditions at the base came caused changes in heart function resembling what is seen in conditions that severely restrict the amount of oxygen to the heart, such as cystic fibrosis, chronic obstructive pulmonary disease, emphysema, pneumonia, and some forms of heart failure. The good news, however, is that in six months, heart function for these mountain climbers returned to normal. This suggests that the same could be true for people in the ICU if the underlying cause can be corrected.

“Understanding how the heart is able to cope with low oxygen will allow better treatment for a range of heart conditions, including types of heart failure and heart attacks,” said Cameron Holloway, MBBS, MRCP, FRACP, D.Phil., a scientist involved in the research from the Department of Physiology, Anatomy and Genetics at the University of Oxford in the United Kingdom. “We also hope to use this information to show how the heart is able to cope with other diseases associated with low oxygen levels. These experiments not only allow us to see the effects on healthy hearts, but also contribute to our understanding of how the body copes with diseases.”

Scientists studied 14 physicians and scientists as they trekked to the Mount Everest Base Camp. Before and after the trek, heart scans (using a combination of echocardiography, cardiac magnetic resonance, and a specialized scan that assesses chemicals in the heart) were administered to each subject. After the trek, none of these healthy subjects showed any symptoms of heart problems, but the heart scans revealed fuel levels and changes in heart function consistent with what is seen in heart failure patients. All study protocols were repeated within 48 hours post-trek and again six months later. All of the changes returned to baseline values six months after the climb, suggesting that cardiac changes due to hypoxia are extensive but reversible. This also suggests that heart problems experienced by seriously ill patients may be reversible once oxygen levels in the bloodstream are returned to normal.

“Changes in human physiology under extreme conditions that return to normal after re-adjustment have been seen in other environments. For instance, in U.S. Space Shuttle astronauts VO2 peak and peak power input changes after exposure to microgravity return to normal within weeks after reconditioning in normal gravity,” said Millie Hughes-Fulford, Ph.D., NASA Science Astronaut; Professor, Department of Biochemistry and Biophysics, UCSF; Director, Laboratory of Cell Growth, VAMC/UCSF; and editorial board member of the FASEB Journal. “The finding of changes in cardiac function after a Mt. Everest trek within months, suggests that decreased PCr/ATP in patients caused by sustained hypoxia may reverse once oxygen levels return to normal.”

Receive monthly highlights from the FASEB Journal by e-mail. Sign up at http://www.faseb.org/fjupdate.aspx. The FASEB Journal (http://www.fasebj.org) is published by the Federation of the American Societies for Experimental Biology (FASEB) and celebrates its 25th anniversary in 2011. Over the past quarter century, the journal has been recognized by the Special Libraries Association as one of the top 100 most influential biomedical journals of the past century and is the most cited biology journal worldwide according to the Institute for Scientific Information.

FASEB comprises 23 societies with more than 100,000 members, making it the largest coalition of biomedical research associations in the United States. FASEB enhances the ability of scientists and engineers to improve–through their research–the health, well-being and productivity of all people. FASEB’s mission is to advance health and welfare by promoting progress and education in biological and biomedical sciences through service to our member societies and collaborative advocacy.