Russia today successfully launched the Angara 5 rocket on its first test flight. The rocket carried a dummy payload. The Angara 5 flew with five first stage cores strapped together and a Breeze M upper stage.
The Angara 5 is meant to replace Russia’s heavy-lift Proton rocket and would become the workhorse of the Russian fleet tasked with primarily launching military payloads. A future super heavy-lift Angara 7 is also planned, if needed. 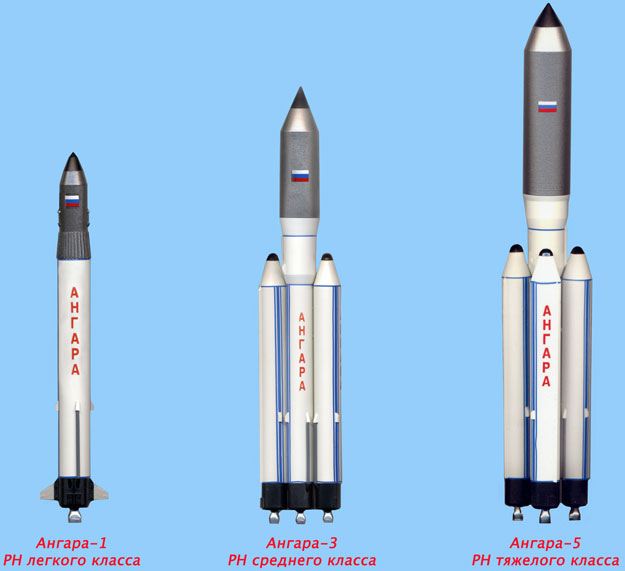