Opportunity is positioned on the north end of Cape York on the rim of Endeavour Crater with an approximate 15-degree northerly tilt for favorable solar energy production during the winter.
Opportunity is conducting regular radio Doppler tracking measurements to support geo-dynamic investigations of the planet, in-situ (contact) science investigations of the target, “Amboy” including an extended Microscopic Imager (MI) mosaic, and continued collection of the 13-filter, 360-degree “Greeley” panorama.

Decreasing energy levels with the approach to the winter solstice has constrained Opportunity for conducting both a radio Doppler tracking pass and an afternoon Ultra High Frequency (UHF) relay pass on the same sol. The operations team performs energy trades on the tactical timeline as to which, if not both, of these communication passes are performed on a given sol. On Sol 2839 (Jan. 18, 2012), the first portion of the extended Microscopic Imager (MI) mosaic was collected, followed by the placement of the Alpha Particle X-ray Spectrometer (APXS). The next sol supported continued temperature diagnostics for the Moessbauer (MB) spectrometer and conducted a radio Doppler tracking pass. On Sol 2841 (Jan. 20, 2012), the APXS was retracted and rotated to perform a periodic atmospheric argon measurement. On Sol 2844 (Jan. 23, 2012), the robotic arm was repositioned to collect a set of Microscopic Imager sky-flat calibration images and another radio Doppler tracking pass was performed. 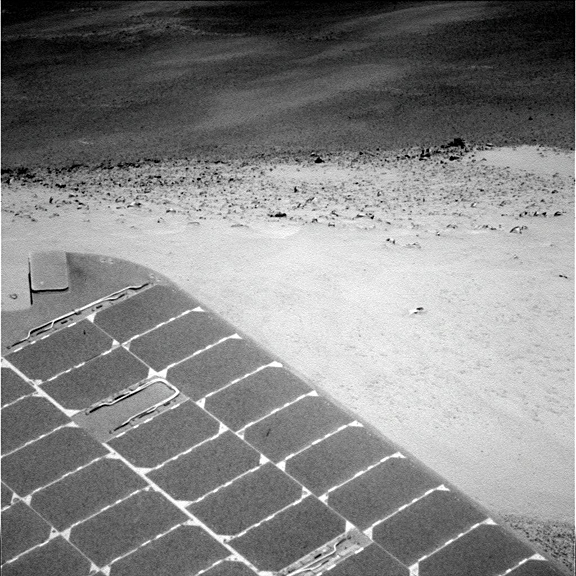 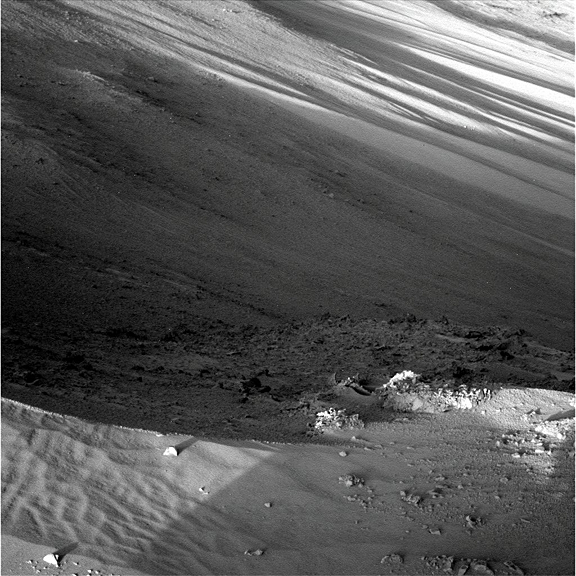 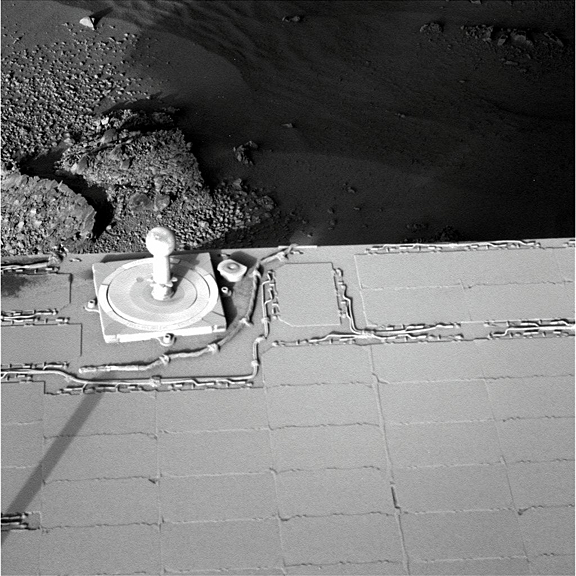 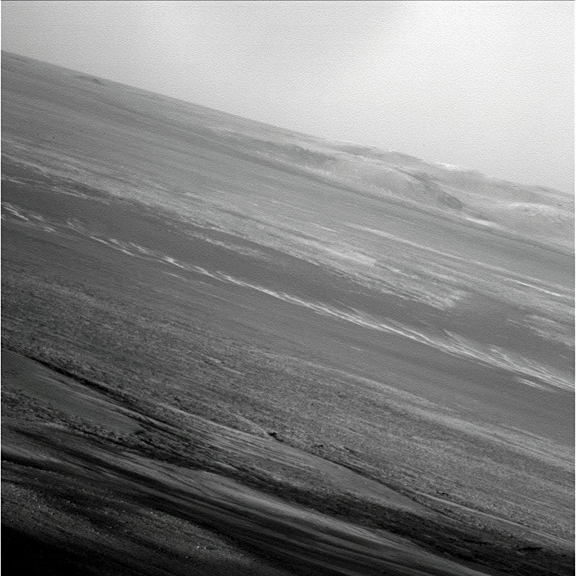 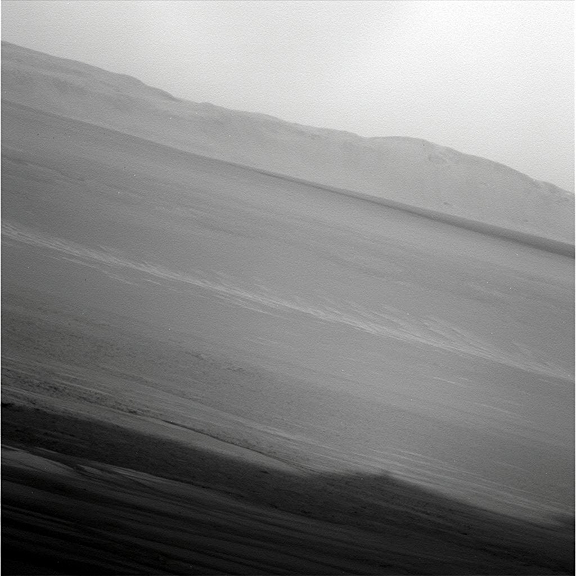