Opportunity Moves Into Place for Quiet Period of Operations – sols 3255-3260, Mar. 21, 2013-Mar. 26, 2013: This location, called ‘Big Nickel,’ is the last in-situ (contact) target before the rover departs from Cape York, once solar conjunction is concluded.

Solar conjunction is when the Sun comes between Earth and Mars, which occurs about once every 26 months. During this time there will be diminished communications to Opportunity. The team will suspend sending the rover new commands between April 9 and April 26. The rover will continue science activities using a long-term set of commands to be sent beforehand. No new images are expected to be returned during this time.

With the rover precisely positioned, the plan ahead is to sequence the robotic arm to collect a Microscopic Imager (MI) mosaic of the target, called ‘Esperance’ and place the Alpha Particle X-ray Spectrometer (APXS) for an overnight integration. 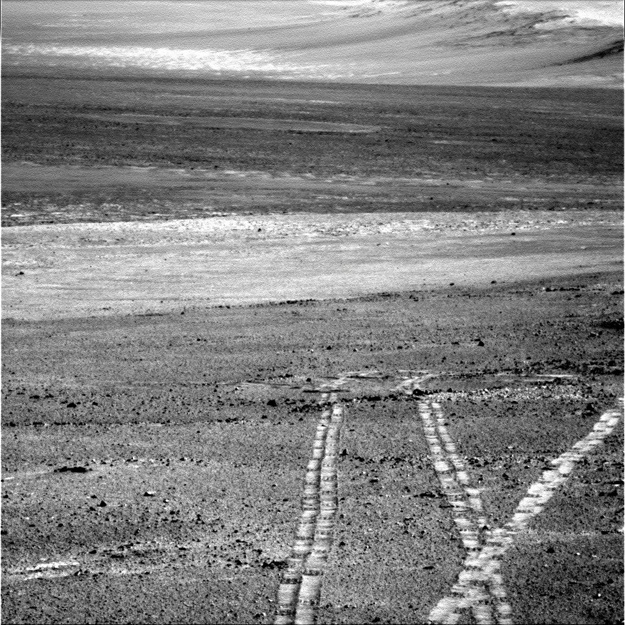 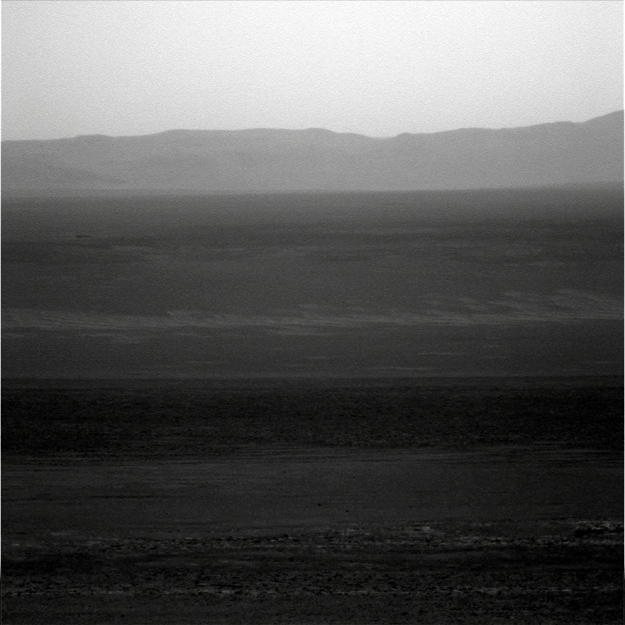 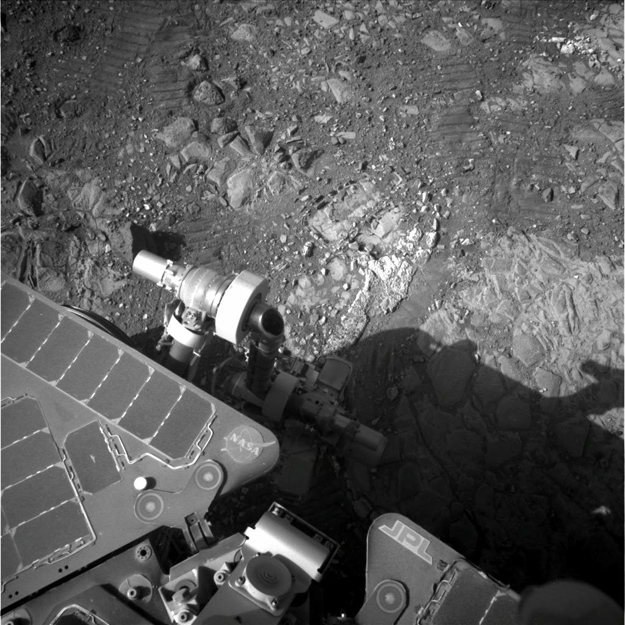 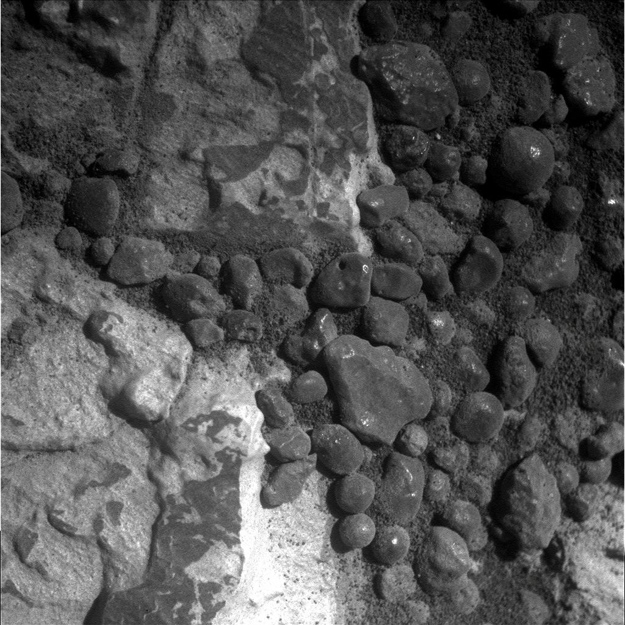 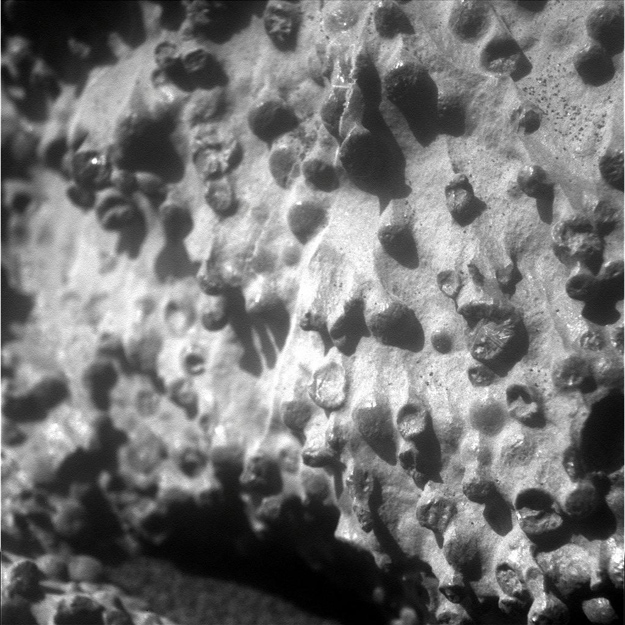