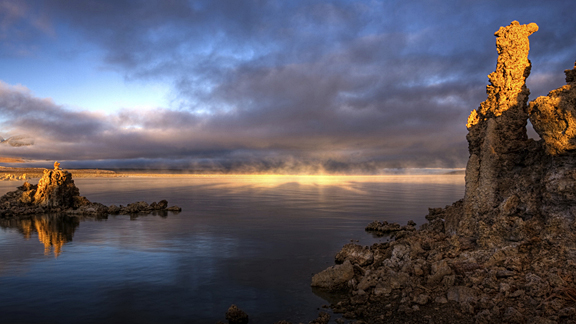 NASA-funded astrobiology research has changed the fundamental knowledge about what comprises all known life on Earth. Researchers conducting tests in the harsh environment of Mono Lake in California have discovered the first known microorganism on Earth able to thrive and reproduce using the toxic chemical arsenic. The microorganism substitutes arsenic for phosphorus in its cell components.

NASA-funded astrobiology research has changed the fundamental knowledge about what comprises all known life on Earth. Researchers conducting tests in the harsh environment of Mono Lake in California have discovered the first known microorganism on Earth able to thrive and reproduce using the toxic chemical arsenic. The microorganism substitutes arsenic for phosphorus in its cell components.

“The definition of life has just expanded,” said Ed Weiler, NASA’s associate administrator for the Science Mission Directorate at the agency’s Headquarters in Washington. “As we pursue our efforts to seek signs of life in the solar system, we have to think more broadly, more diversely and consider life as we do not know it.”

This finding of an alternative biochemistry makeup will alter biology textbooks and expand the scope of the search for life beyond Earth. The research is published in this week’s edition of Science Express.

Carbon, hydrogen, nitrogen, oxygen, phosphorus and sulfur are the six basic building blocks of all known forms of life on Earth. Phosphorus is part of the chemical backbone of DNA and RNA, the structures that carry genetic instructions for life, and is considered an essential element for all living cells.

Phosphorus is a central component of the energy-carrying molecule in all cells (adenosine triphosphate) and also the phospholipids that form all cell membranes. Arsenic, which is chemically similar to phosphorus, is poisonous for most life on Earth. Arsenic disrupts metabolic pathways because chemically it behaves similarly to phosphate.

“We know that some microbes can breathe arsenic, but what we’ve found is a microbe doing something new — building parts of itself out of arsenic,” said Felisa Wolfe-Simon, a NASA Astrobiology Research Fellow in residence at the U.S. Geological Survey in Menlo Park, Calif., and the research team’s lead scientist. “If something here on Earth can do something so unexpected, what else can life do that we haven’t seen yet?”

The newly discovered microbe, strain GFAJ-1, is a member of a common group of bacteria, the Gammaproteobacteria. In the laboratory, the researchers successfully grew microbes from the lake on a diet that was very lean on phosphorus, but included generous helpings of arsenic. When researchers removed the phosphorus and replaced it with arsenic the microbes continued to grow. Subsequent analyses indicated that the arsenic was being used to produce the building blocks of new GFAJ-1 cells.

The key issue the researchers investigated was when the microbe was grown on arsenic did the arsenic actually became incorporated into the organisms’ vital biochemical machinery, such as DNA, proteins and the cell membranes. A variety of sophisticated laboratory techniques was used to determine where the arsenic was incorporated.

The team chose to explore Mono Lake because of its unusual chemistry, especially its high salinity, high alkalinity, and high levels of arsenic. This chemistry is in part a result of Mono Lake’s isolation from its sources of fresh water for 50 years.

The results of this study will inform ongoing research in many areas, including the study of Earth’s evolution, organic chemistry, biogeochemical cycles, disease mitigation and Earth system research. These findings also will open up new frontiers in microbiology and other areas of research.

“The idea of alternative biochemistries for life is common in science fiction,” said Carl Pilcher, director of the NASA Astrobiology Institute at the agency’s Ames Research Center in Moffett Field, Calif. “Until now a life form using arsenic as a building block was only theoretical, but now we know such life exists in Mono Lake.”

For more information about the finding and a complete list of researchers, visit: http://astrobiology.nasa.gov 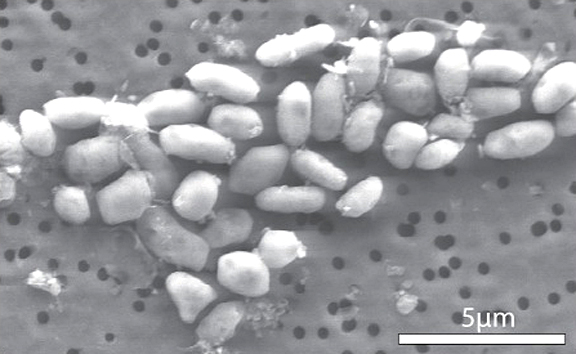 Image of GFAJ-1 grown on arsenic. 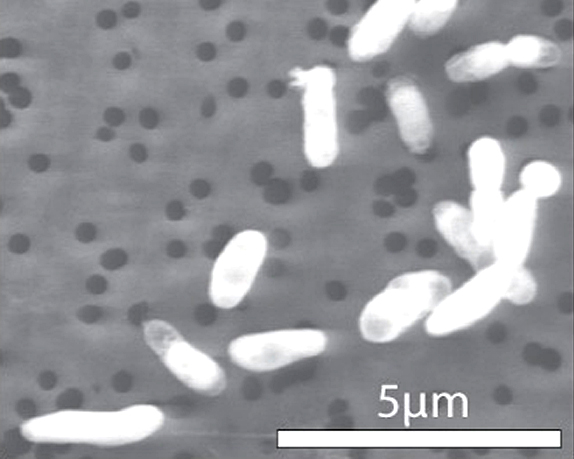 Image of GFAJ-1 grown on phosphorus.

The six basic building blocks of all known forms of life on Earth are: carbon, hydrogen, nitrogen, oxygen, phosphorus, and sulfur (CHNOPS) and until now, exceptions have not been found. Phosphorus is a key component of DNA, RNA (the genetic blueprint and protein machinery molecules), adenosine triphosphate, ATP (the energy currency molecule) and phospholipids that form cell membranes. Nitrogen and phosphorus can be limiting in the environment and are often added to managed environments (e.g. fertilizers contain N and P). Phosphorus and arsenic are in the same group in the Periodic Table. They have similar chemical and physical properties and therefore should engage in similar chemistries.

Arsenic is poisonous for most Earth life, because it competes with phosphorus in some biological molecules that disrupt cellular processes. Until now, we knew of no organism that could use these arsenic-substituted compounds.

* This is an example of “Life as we do not know it” and has significant implications for searching for life elsewhere in the universe.

* The study is funded at approximately $300,000 by NASA’s Astrobiology Program

* The arsenic-using microbe was isolated from a sample taken from sediments in California’s Mono Lake. Mono Lake is an extreme environment with very high pH, high alkalinity and high levels of arsenic

* The paper provides evidence of substitution by As for P in DNA (genetic blueprint), RNAs (the machinery for protein synthesis) and ATP.

* While this organism could turn out to be an isolated case, it also might point to the possible existence of other alternatives/substitutions to the standard biochemical components of life