Mars As Viewed From Dawn 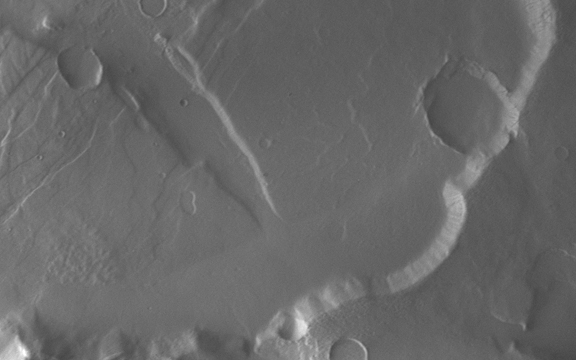 Now boosted into a new solar orbit courtesy of Mars, Dawn continues its interplanetary journey. The spacecraft is healthy and coasting, keeping its main antenna pointed to Earth, as it will for most of the next 3 months. After that, it will resume its familiar routine of devoting most of the time to gently thrusting with its ion propulsion system, with only a short period each week for communications.

Now boosted into a new solar orbit courtesy of Mars, Dawn continues its interplanetary journey. The spacecraft is healthy and coasting, keeping its main antenna pointed to Earth, as it will for most of the next 3 months. After that, it will resume its familiar routine of devoting most of the time to gently thrusting with its ion propulsion system, with only a short period each week for communications.

Following the last log, as the probe succumbed to the gravitational pull of the red planet, its trajectory gradually began to change. Flying true to the plan, Dawn swooped close to Mars and then left it behind on a new course, having taken advantage of Mars’s gravity.

The spacecraft plunged to within 542 kilometers (337 miles) of the planet, reaching that lowest altitude at 4:27:58 pm PST on February 17. The last time it had been so close to another solar system body was on September 27, 2007, as it left Earth to begin its long journey to the asteroid belt. In the intervening time, it traveled alone (although always accompanied by the good wishes of space enthusiasts on its home planet and throughout the cosmos) for 1.06 billion kilometers (661 million miles).

The targeting of the encounter was well within acceptable limits. Before embarking on the mission, long before launch, engineers chose 500 kilometers (311 miles) as a convenient initial target altitude for planning purposes. With the extraordinary capability of the ion propulsion system, Dawn easily could accommodate significant deviations from the plan. To accomplish its mission, the probe needed to fly anywhere through a window shaped liked a croquet wicket, extending from more than 750 kilometers (466 miles) above the planet down to 300 kilometers (186 miles). (The lower limit was chosen for safety, maintaining a comfortable distance from the tenuous atmosphere and other threats the spacecraft was not designed to handle.) The width at the bottom of the wicket was almost 670 kilometers (415 miles).

In an effort to broaden our readership beyond only those sentient beings in the universe who share in the passion for the exploration of the solar system, the November and January logs included some material for anyone passionate about archery. We compared Dawn’s flight by Mars to shooting an arrow at a target 47 kilometers (29 miles) away. The objective was to hit a small region just outside the 30-centimeter (1-foot) red bull’s-eye. For the readers who have joined us because of that topic, we return to it once again here. (We do not plan to expand upon the croquet theme in future logs but hope our new readers attracted by references to that sport will remain with us anyway.)

Our original target altitude of 500 kilometers corresponded to about 17.2 centimeters (6 3/4 inches) from the center of the bull’s-eye. Using navigational data from January, we predicted Dawn would fly by at 543 kilometers (337 miles) above the surface, the arrow sinking into the target about 17.4 centimeters (less than 6 7/8 inches) from the center, just outside the red circle. Now we know that that prediction was in error by the equivalent of about 40 micrometers (less than 1/600 of an inch). The arrow was off from that expected location by about the thickness of a hair.

The location of the original target was at the 11:00 position, but the base of the wicket-shaped window extended from where the hour hand would be at 10:51:02 to 11:03:49. (The wicket is not as symmetrical as official croquet rules might require.) As a reminder, because we are concerned only about the hour hand, the tick marks adjacent to the 11:00 position correspond to 10:48 and 11:12, so this wicket is very narrow. In January, it appeared our arrow was headed for about 11:03:42. In fact, the actual trajectory took the spacecraft through the window at the 11:03:40 position.

The gravity assist was extremely accurate indeed. The archers hit their target and won the big prize: the continuation of the mission of exploration in the asteroid belt, seeking answers to questions about the dawn of the solar system. In addition to the gravity assist, which was essential to the success of the mission, the operations team had devised a plan to acquire some bonus data to aid in the calibration of the science instruments, as described last month.

In order to point its instruments at their calibration targets, the probe oriented itself for a short time in such a way that light reflected from Mars reached its “star tracker.” This unit (with a mystifying name, whose origin is lost in the dim mists of time) tracks stars in order to help the attitude control system establish the spacecraft’s orientation (or “attitude”) in the zero-gravity of spaceflight. The tracker’s camera images stars and its internal computer recognizes patterns, much as you might recognize some of the lovely constellations visible from your planet and use them to orient yourself at night. When Mars light entered the star tracker, the camera was dazzled, temporarily unable to see the stars. If you reside on a planet with a large moon, you may have experienced a similar phenomenon. It is much harder to see stars when the bright moon interferes.

As another preventive measure, commands stored on board temporarily precluded protective software, known as fault protection, from seeing any alerts indicating that the star tracker was not able to produce valid data. Because they expected the data to be invalid, engineers did not want fault protection to respond under the mistaken impression that the tracker was unhealthy.

As Dawn approached Mars, with instruments powered and beginning their calibrations, the light reached the star tracker, but it performed better than expected. After reaching its minimum distance, as the spacecraft rotated during its ascent, the star tracker’s line of sight moved closer still to Mars. Almost 2 minutes after the closest approach, the device finally was overwhelmed with light and reported that it could not track stars, declaring itself to be nonoperational and causing a software flag to be hoisted to alert interested parties. As planned, attitude control relied on gyros and fault protection remained blind to the alert.

About 11 minutes later, as the spacecraft’s attitude continued to change, the star tracker’s view moved far enough from Mars that the unit once again could discern stars. When it recognized patterns, it reported its data to attitude control, which readily used them. All was well, and the tracker had functioned better than anticipated, identifying stars with Mars closer to its line of sight than anticipated.

Another 7 minutes after that, as Dawn’s momentum continued to carry it away from Mars, the stored command to restore fault protection’s ability to see any star tracker problems was executed. The star tracker was indeed working well, but the compulsive reader will note that the chronology above does not include lowering the virtual flag that was raised when the tracker announced it had stopped tracking stars. A software bug, hardy enough to elude the operations team and survive the rigors of the deep-space environment, prevented the flag from coming back down when the tracker resumed normal operation. Although attitude control was making good use of the data, when fault protection saw the flag, it fulfilled its function; treating the tracker as if it were unhealthy, the protective software deactivated the unit.

Fault protection’s next step was to try to use the backup star tracker. Another bug, identified last year while the spacecraft was in flight, deprived the second tracker of the time necessary to complete its activation routine. (That bug has been fixed in a new version of the software scheduled to be transmitted to the spacecraft before ion thrusting resumes in June.) With no star tracker available, fault protection correctly followed the plan its designers had given it: it interrupted the calibrations, powered off the instruments, and put the spacecraft into “safe mode,” awaiting instructions from Earth on what to do next.

The operations team, following events on distant Earth (delayed by the more than 19 minutes it took radio signals to cross the separation), observed the signature of safe mode. There was no urgency in responding, however, because the instrument calibrations could not be restarted, and the crucial gravity assist was unaffected by the spacecraft’s activities. Mars would sling Dawn in the intended direction without regard for the probe’s actions.

The cause of the “safing” was quickly determined, and the team returned the spacecraft to its normal operational configuration within about 2 days. In addition, all the bonus calibration data that the instruments had transferred to the spacecraft’s main computer before they were deactivated were transmitted to Earth.

The gamma ray and neutron detector (GRaND) obtained excellent measurements of both gamma rays and neutrons from Mars. The instrument has been operated a number of times in flight to measure high-energy radiation that pervades space as it strikes the spacecraft, but, unlike the other science sensors onboard, it can detect bodies only when it is very close to them. Dawn’s other instruments have observed distant planets and stars several times already, but that is not possible for GRaND, even with its suite of sophisticated detectors. Mars is the only occasion in the mission for it to observe a specific, well-characterized object. It was powered on in January in anticipation of this opportunity.

GRaND obtained a thorough set of data as Dawn traveled down to its lowest point, despite being over the night side of the planet part of that time, because it does not require illumination by the Sun to “see” its subject. It acquired additional valuable data as the spacecraft receded from Mars. This was GRaND’s only measurement of a planetary body; and, apart from being quite brief, it was performed in much the same way it will be when Dawn orbits each of its protoplanetary destinations. It was especially good fortune that space radiation levels were relatively low during the encounter with Mars, making the radiation escaping from the atmosphere and surface particularly clear for GRaND. Scientists will compare GRaND’s data with measurements of gamma rays and neutrons by the Mars Odyssey spacecraft (which has been studying the planet for more than 7 years), helping them prepare for interpreting the unique observations it will make of Vesta and Ceres to reveal many of the atomic constituents of those protoplanets.

The visible and infrared spectrometer’s data were not stored in the spacecraft’s main computer memory before the safing because the camera’s data had priority. One of the images the camera acquired is shown here.

With the benefit of an excellent gravity assist, the Dawn project is gratified to have Mars behind and Vesta now so clearly ahead. Having obtained even more than was needed from the red planet, Dawn is ever more eager to press on to its destinations in the asteroid belt.