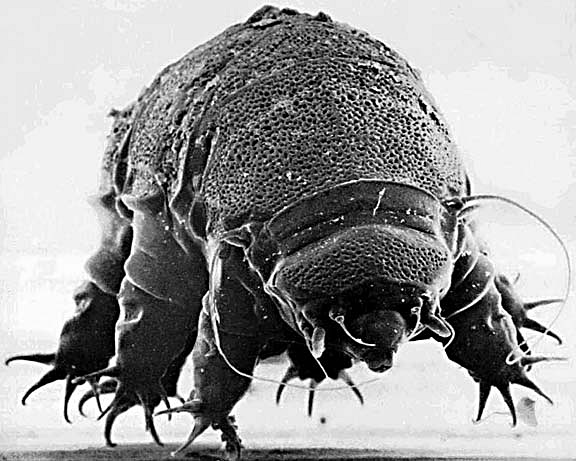 Shuttle LIFE will add a host of microscopic space travelers to Endeavour’s passenger manifest when the Planetary Society experiment launches aboard the space shuttle on May 16. This will be the second attempt at launch after the flight was put on hold in late April.

Shuttle LIFE will add a host of microscopic space travelers to Endeavour’s passenger manifest when the Planetary Society experiment launches aboard the space shuttle on May 16. This will be the second attempt at launch after the flight was put on hold in late April.

LIFE, the Living Interplanetary Flight Experiment, will test aspects of the transpermia hypothesis — the ability of microbial life to survive an interplanetary voyage. The largest of the LIFE organisms launching on the shuttle will be tardigrades, or water bears, which are no bigger than the head of a pin.

Shuttle LIFE will serve as a test run for Phobos LIFE, a larger collection of organisms that the Planetary Society will send on a three-year trip aboard a Russian spacecraft to the Martian moon Phobos and back to Earth in a capsule that will simulate a meteoroid. Phobos LIFE is set to launch at the end of 2011.

“We’re sorry about the launch delay, but it didn’t affect our little organisms. They’re still ready to fly, helping us test the hypothesis that a living organism could make the trip from one planet to another,” said Bill Nye, Executive Director of the Planetary Society. “How about from Mars to the Earth?”

See an image of Bill Nye holding a LIFE sample tube with tweezers.

To better understand the process of sending microorganisms to space and back, the Planetary Society is going to first launch some of the LIFE sample tubes into Earth orbit aboard Endeavour.

* Testing the effects of low Earth orbit spaceflight on the organisms,

* Serving as a “dress rehearsal” for Phobos LIFE, complete with loading, unloading, and analyzing organisms in laboratory conditions, and

* Engaging the public in the exciting discussion of whether life might be able to travel naturally between planets.

Over 14 days, Shuttle LIFE will test the effects of low-Earth orbit spaceflight on five diverse species of microorganisms packed in tiny, heat-sealed, Delrin plastic sample tubes. For the Phobos mission, the miniature sample tubes will be packed into a nearly indestructible titanium capsule that looks like a small hockey puck.

The five life forms being flown in Shuttle LIFE are Tardigrades; the bacteria Deinococcus radiodurans and Bacillus subtilis; and the archaea Haloarcula marismortui and Pyrococcus furiosus. A passenger manifest explains what characteristics of the different microorganisms – such as resistance to radiation or extreme hardiness – made them good choices for space travel.

“The millions of tiny space voyagers in Shuttle LIFE are set to take a big journey and give us information about life in space, and they’ll do it all without any checked baggage,” said Bruce Betts, the Planetary Society’s Director of Projects.

Partners on Shuttle LIFE, who will be providing organisms and pre and post flight analyses, are a team at ATCC in Manassas, Virginia led by Tim Lilburn and Amy Smith; Ingemar Joensson at Kristianstad University in Sweden; and a German DLR team, led by Petra Rettberg and Marko Wassmann. Phobos LIFE science Principal Investigator David Warmflash from Portland State University is involved with the science planning and analysis. Sample tubes were produced by Lindel Engineering in Tucson, Arizona based on designs by Bud Fraze.

Shuttle LIFE will fly in a flight-proven unit from Instrumentation Technology Associates, Inc. (ITA) as part of CREST-1 (Commercial Reusable Experiments for Science & Technology), manifested on STS-134 through NanoRacks LLC, working in partnership with NASA.