While aquariums provide a relaxing pastime for humans on Earth, recreation is not the goal behind the new Aquatic Habitat, or AQH, aboard the International Space Station. Instead, researchers will use this unique facility to look at how microgravity impacts marine life. 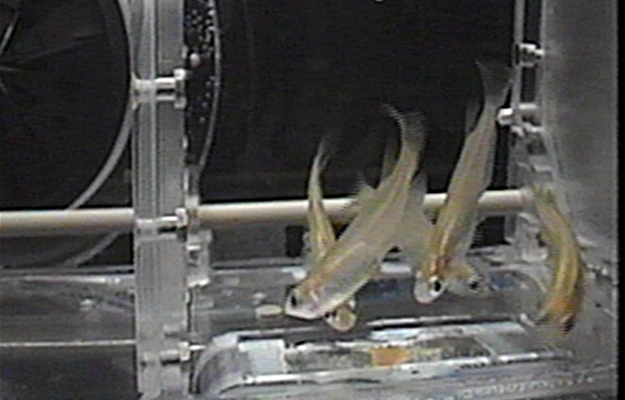 Sponsored by the Japanese Space Agency, or JAXA, this habitat is a closed-water circulatory system, which provides a new facility option for station research. Scientists will use the habitat to study small, freshwater fish on orbit. For the first investigations, they plan to examine the Medaka (Oryzias latipes) fish.

Scientists have multiple studies planned to look at the impacts of radiation, bone degradation, muscle atrophy, and developmental biology. The investigations could last up to 90 days and provide data that may lead to a better understanding of related human health concerns here on Earth. 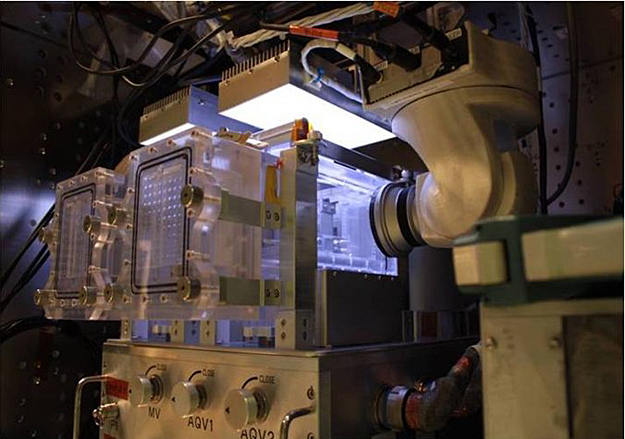 The Aquatic Habitat, or AQH, is a Japanese Space Agency, or JAXA, facility that will enable the study of fish aboard the International Space Station. (JAXA)

Medaka fish are ideal specimens for many reasons. They are transparent, making it easy to view the inner workings of their organs. They also breed quickly and easily in microgravity environments, enabling multi-generation studies. Researchers can take advantage of a variety of genetic modifications to these fish, as well. Finally, scientists already have all of the Medaka genome identified, which makes it easier to recognize any alterations to the fishes’ genes, due to factors like space radiation.

The habitat will reside in the Japanese Experiment Module, or JEM, which is also known as Kibo, or “hope” in Japanese. It will attach to a multipurpose small payload rack for power and housing. The AQH launched on July 20, with the third Japanese H-II Transfer Vehicle, or HTV cargo vehicle flight, also called Konotouri. 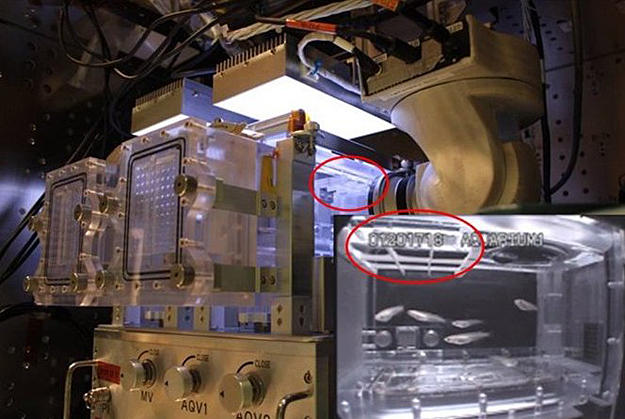 The grid structure at the upper side of each Aquatic Habitat, or AQH, aquarium captures air in each grid, while preventing water from escaping. Air will be injected with special syringe by the crew prior to the start of an investigation. (JAXA)

“In order to keep water quality in good condition for the health of the fish, we had to do many tests on the filtration system, especially the bacteria filter,” said Fujimoto. “The special bacteria filter purifies waste materials, such as ammonia, so that we can keep fish for up to 90 days. This capability will make it possible for egg-to-egg breeding aboard station, which means up to three generations may be born in orbit. This would be a first for fish in space.”

This habitat will provide automatic feeding for the fish, air-water interface, temperature control, and a specimen sampling mechanism. There will be two chambers for habitation, each sized at 15 by 7 by 7 cm, holding about 700 cc water and a stabilized area for oxygen that will enable fish to “peck” air. LED lights will simulate day and night cycles, while two video cameras record images of the fish to downlink to the ground, upon request.

The air-water interface design also makes it possible for the AQH to potentially house amphibians in future studies, though currently planned investigations only use fish. Small plastic plates at the upper side of each aquarium use a grid structure to trap a small amount of air, injected by the crew at the start of an investigation. The design, which was tested using parabolic flights, prevents the water from escaping into the microgravity environment.

When researchers are ready for the fish to participate on orbit, they will travel in a special transport container to the station, where the crew will then install them within the habitat for observation. While the AQH is not specifically an aquarium, hopefully the crew will enjoy a sense of relaxation in viewing the fish as they go about their duties aboard the orbiting laboratory