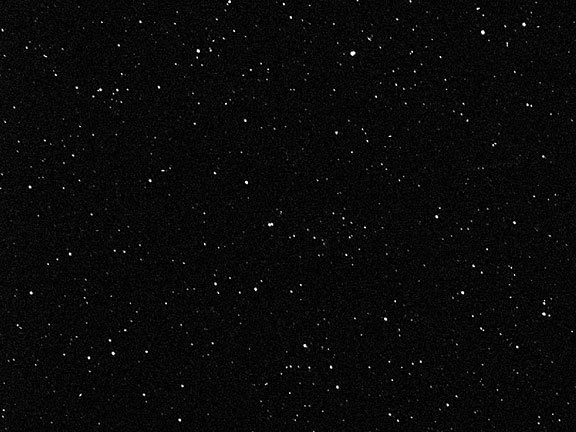 These images of the star field demonstrate that the framing cameras on board NASA’s Dawn spacecraft are functioning flawlessly. Image credits: NASA/JPL-Caltech/UCLA/MPS/DLR/IDA Full image and caption

These images of the star field demonstrate that the framing cameras on board NASA’s Dawn spacecraft are functioning flawlessly. Image credits: NASA/JPL-Caltech/UCLA/MPS/DLR/IDA Full image and caption

After a hibernation of about six months, the framing cameras on board NASA’s Dawn spacecraft have again ventured a look into the stars. The spacecraft also powered up its visible and infrared mapping spectrometer, which investigates surface mineralogy, and the gamma ray and neutron detector, which detects elemental composition. The reactivation prepares the instruments for the May approach and July arrival at Vesta, Dawn’s first port of call in the asteroid belt.

“Last week, we gently ‘woke up’ Dawn’s three science instruments, which typically spend most of their time sleeping during the three-and-a-half-year journey to Vesta,” said Robert Mase, Dawn project manager at NASA’s Jet Propulsion Laboratory, Pasadena, Calif. “This activity confirms that Dawn is on track for the first close examination of one of the last unexplored worlds of the inner solar system.”

The framing camera activities were led by scientists from the Max Planck Institute for Solar System Research in Katlenburg-Lindau, Germany. “The camera system is working flawlessly. The dry run was a complete success,” said Andreas Nathues, lead investigator for the framing camera, based at the Institute.

The international team of Dawn scientists and engineers in Germany and the United States spent three days interacting with the camera system, confirming the excellent health of the mechanical and electrical components and updating the software.

In the months to come, the camera system will provide images needed to navigate the spacecraft to its rendezvous with Vesta, and will begin to image the asteroid’s surface. These early images on approach will be the start of a campaign to systematically map Vesta’s surface in detail and will provide tantalizing clues as to its mineralogical composition. In addition, the framing cameras will search for moons in Vesta’s vicinity and look for evidence of past volcanic activity. The full release on the framing camera from Max Planck is available at: http://www.mps.mpg.de/en/aktuelles/pressenotizen/pressenotiz_20110321.html .

The Dawn mission to Vesta and Ceres is managed by the Jet Propulsion Laboratory, a division of the California Institute of Technology in Pasadena, for NASA’s Science Mission Directorate, Washington. The Dawn mission is part of the Discovery Program managed by NASA’s Marshall Space Flight Center in Huntsville, Ala. UCLA is responsible for overall Dawn mission science. The framing cameras have been developed and built under the leadership of the Max Planck Institute for Solar System Research, Katlenburg-Lindau, Germany, with significant contributions by DLR German Aerospace Center, Institute of Planetary Research, Berlin, and in coordination with the Institute of Computer and Communication Network Engineering, Braunschweig. The framing camera project is funded by the Max Planck Society, DLR, and NASA. The visible and infrared mapping spectrometer was provided by the Italian Space Agency and is operated by Italy’s National Institute for Astrophysics in collaboration with Galileo Avionica, where it was built. The gamma ray and neutron detector was built by Los Alamos National Laboratory and is operated by the Planetary Science Institute, Tucson, Ariz.