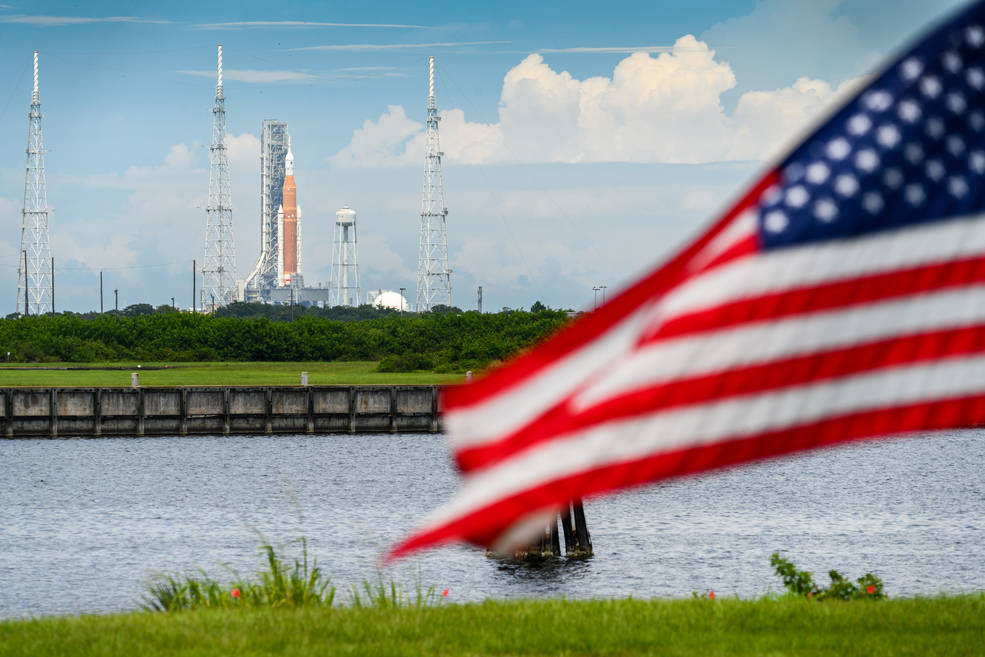 NASA will hold a media teleconference at 12:30 p.m. EDT Friday, Sept. 23, to discuss the cryogenic demonstration test conducted Wednesday, Sept. 21, ahead of the next Artemis I launch attempt.

Audio of the call will livestream on the agency’s website at: https://www.nasa.gov/live

After encountering a hydrogen leak early in the loading process during the test Wednesday, Sept. 21, engineers were able to troubleshoot the issue and complete the test objectives.

Based on data from the test, teams are fine-tuning procedures for the next launch opportunity, targeted for no earlier than Sept. 27. The rocket remains in a safe and flight-ready configuration at the launch pad.

Artemis I is a flight test to launch NASA’s Space Launch System rocket and send an uncrewed Orion spacecraft around the Moon before future missions with crew.

To participate by telephone, media must RSVP two hours before the briefing to: ksc-newsroom@mail.nasa.gov.

The four main objectives met during the demonstration were assessing the repair to address the hydrogen leak identified on the previous launch attempt, loading propellants into the rocket’s tanks using new procedures to transition changes in temperature and pressure more slowly to reduce the likelihood of leaks, conducting the kick-start bleed, and performing a pre-pressurization test.

Managers waved off two previous launch attempts, one on Aug. 29 due to a faulty temperature sensor, and one on Sept. 3 due to a liquid hydrogen leak at an interface between the rocket and mobile launcher.

Through Artemis missions, NASA will land the first woman and the first person of color on the Moon, paving the way for a long-term lunar presence, and serving as a steppingstone to send astronauts to Mars.

For updates, follow along on NASA’s Artemis blog at: https://blogs.nasa.gov/artemis