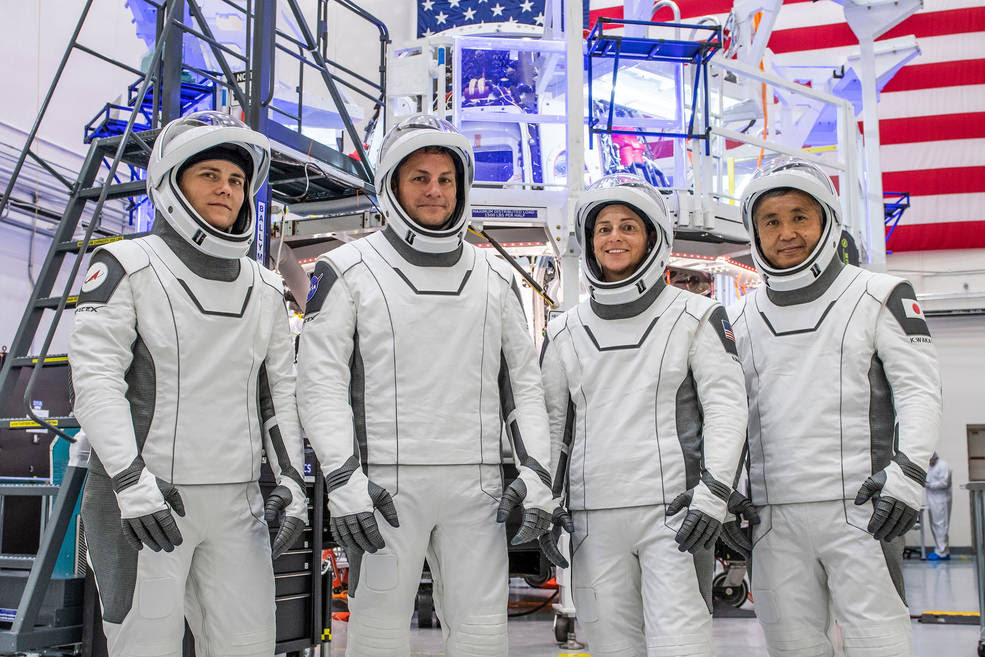 NASA will host two media briefings Monday, Sept. 26, in preparation for the fifth crew rotation mission with SpaceX as part of the agency’s Commercial Crew Program.

NASA and SpaceX continue to target 12:46 p.m. EDT, Monday, Oct. 3, for launch of the agency’s Crew-5 mission to the International Space Station from NASA’s Kennedy Space Center in Florida.

These crewmates will travel to the space station for a six-month science and technology research mission. Plans also continue to return NASA’s SpaceX Crew-4 astronauts following a short handover on the space station with Crew-5.

All media participation in the following news conferences will be remote except where specifically listed below. All times are Eastern and subject to change based on concurrent operations.

3:30 p.m. (approximately) – Crew arrival media event at Kennedy on NASA Television, the NASA app, and the agency’s website with the following participants:

The event is limited to in-person media only. Follow commercial crew and Kennedy Space Center for the latest arrival updates.

Listen to audio of the teleconference streaming at: https://www.nasa.gov/live

Media may ask questions via phone only. For the dial-in number and passcode, please contact the Kennedy newsroom no later than 3 p.m. on Sept. 26, at: ksc-media-accreditat@mail.nasa.gov.

Based on the duration of the readiness review, NASA may adjust the date of this briefing if not able to complete the telecon prior to 6 p.m. when the agency’s DART mission coverage begins.

Learn more about the mission and NASA’s Commercial Crew Program at: https://www.nasa.gov/commercialcrew