The Skylab Trainer Is Still Rotting in Huntsville

The Skylab trainer built to train astronauts has been sitting outside at the U.S. Space & Rocket Center (USSRC) in Huntsville for a long time. Right now, as can be seen in the photo below, it is simply rotting away when simple measures to protect it could at least slow down the destruction.

In 2006 AP reported that “A full-size training mock-up of Skylab is slowly rotting away outside the Alabama space museum where it spent years on display. Flecks of gray paint from a wall dot its mesh floor, and a bird’s nest rests in an equipment compartment.”

In 2007 we took note of the condition of the Skylab trainer and an attempt by a group of volunteers to try and halt further deterioration: “the Skylab trainer hardware has been allowed to sit outside for years and rot by the U.S. Space & Rocket Center (USSRC). The USSRC did nothing to preserve the hardware except throw a tarp over it. A group of concerned citizens organized and donated their own time and money to try and halt the destruction and preserve the hardware. After their efforts show some results (and made the USSRC look bad) the USSRC thinks that the volunteers were doing something wrong and locks them out. And now the hardware continues to rot and yet the USSRC does nothing but try to look concerned. This is pathetic. It is also a rotten way to say “thank you” to volunteers who sought to do the job that USSRC has clearly failed to do i.e. to preserve the artifacts that have been entrusted to it.”

In 2008, we followed up on this attempt to preserve the trainer. “In March of 2007 the temporary weather cover put in place by the volunteers was blown off one third of the low deck during a storm. Despite repeated requests to the curator and CEO of the US Space and Rocket Center, no effort has been made to pull the weather cover back in place. It’s now been one year. This is blind neglect of a historic space artifact.”

There is a webpage for the Skylab Restoration Project at USSRC that says “the restoration project and informational displays to accompany the piece are expected to cost $1.4 million”. Clearly, six years after this problem was made public, not much has been done. One would think, at a minimum, that these folks would buy some tarps and cover things up. To allow this piece of history to rot is simply inexcusable. 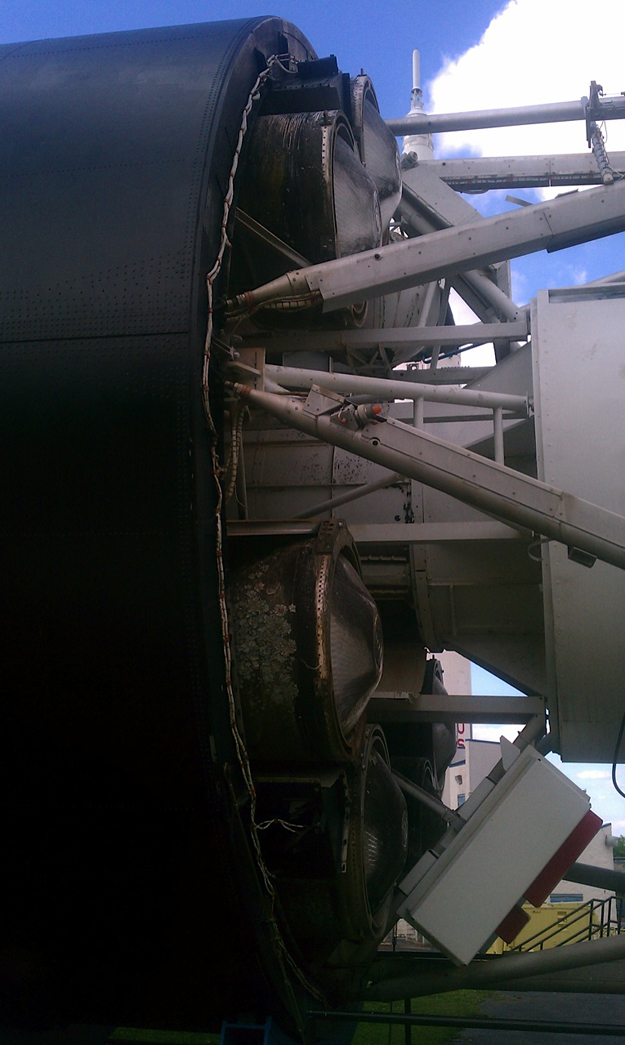