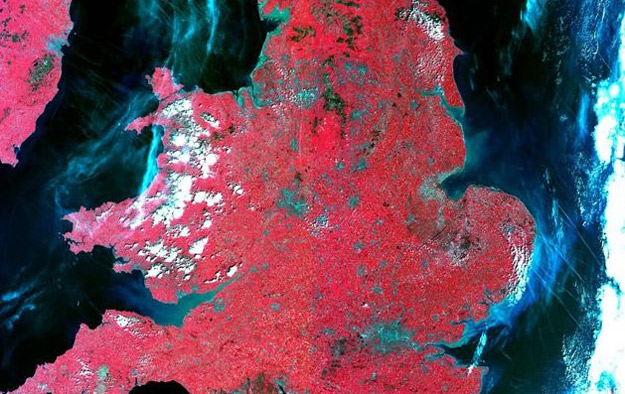 Surrey Satellite Technology Limited (SSTL) has made a name for itself by delivering quality innovative products over the course of its 25 year history. So much so that entrepreneur Elon Musk, who created his own series of innovative companies like SpaceX, once owned at 10% stake in SSTL. In January 2009 EADS Astrium was so impressed with the company that it acquired it and in a show of faith in the company kept the UK company independent allowing management to continue building its brand while providing additional resources to help its growth.

At the 61st International Astronautical Congress in Prague this week SSTL announced it will launch it’s own three satellite earth observation constellation with the ability to see details down to the sub-meter level.

According to Steve Young, Head of Business Development the constellation is a “way of giving other customers the opportunity to lease capacity in a constellation, so rather than having to buy a single spacecraft they’re able to get a benefit of a constellation.” Young said it’s a big step forward for SSTL. He said it’s “an innovation in terms of the commercial model, so it’s a business model innovation combined with a technology innovation in that we are now putting meter class imaging systems on these sort of size satellites.”

SSTL will lease capacity to international customer who would not otherwise be able to afford their own satellites to recoup its investment and to turn a profit. The 300 kilogram satellites use cheaper commercial off-the-shelf components such as those found in laptops thus reducing the cost of building the satellites. Images from the satellites can be used for many applications including disaster management, resource development and environmental monitoring.

EarthMapper is the working name of a new application SSTL has developed for the constellation that will image the entire surface of the planet every five days relaying the data to a network of three ground stations. And unlike their other constellation this one will always be on. Young said, “What we’ve done is taken technology a step forward for the storage and the transmission and the imaging so that it is continually on. Normally at the moment you take images, you store them, you come over your ground station, you downlink them, you repeat the process. Now what we are doing is, it’s just on.”

This always-on approach will provide SSTL with an enormous volume of data that it will need to manage. And managing that volume of data is the next issue SSTL still has to tackle.

SSTL plans to offer their new constellation at a competitive price point that its customers are used to.

—
This story is part of a special presentation by SpaceRef on The 61st International Astronautical Congress. For more news during the congress please visit our special page at:
http://spaceref.com/news/iac2010/