SpaceX Moves Closer to Inaugural Launch of Falcon I

“No major issues were discovered following the static fire, but, as a cautionary measure, we are going to take one more day to review data and verify system functionality.  Launch is now scheduled for Friday at 1 p.m. California time.”

“We had a great static fire today. Falcon was held down for almost three seconds of thrust (T+0.5s), part of which was under autonomous thrust vector control. All systems were green and no aborts were triggered. Unless we discover something negative after a detailed data analysis, launch will happen on Thursday at 1 p.m. California time.”

Editor’s earlier note: According to SpaceX sources, the test firing countdown and static fire went fine on Saturday except that they had a ground helium supply disconnect prematurely during engine startup. One of their flight video cameras also stop working. Neither event is seen as being a big issue, but these things will take a few days to correct. SpaceX is still working toward a launch in the next few days. 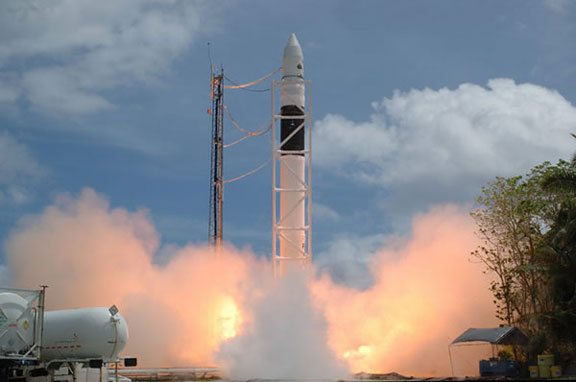