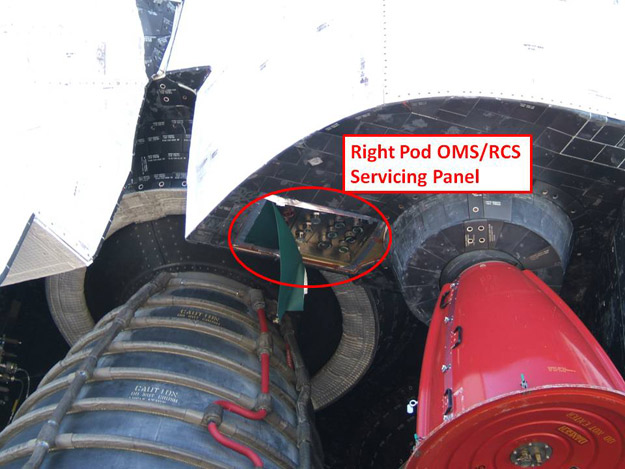 Servicing panel where couplings were replaced.

Kennedy Space Center – After meeting this morning to discuss the status of repairs to replace both shuttle and ground side couplings, NASA Managers decided to delay the launch another 24 hours to allow engineers to complete testing and to allow for repressurization of helium tanks.

Jeff Spaulding, NASA Test Director, said “As we went through the day yesterday we learned that there was some additional work that we needed to do as sometimes when you get into the job you get a little smarter and we did, and there was some things that we, because those meetings were actually still going on when we were talking yesterday there was quite a bit more work it turned out that we needed to do from a leak check perspective and some of the venting operations that needed to be done. As a result of that we’re, we’re a little down on our timelines that we have briefed yesterday and so um the ability for us to get in a call to stations today for launch countdown is no longer available to us.“ 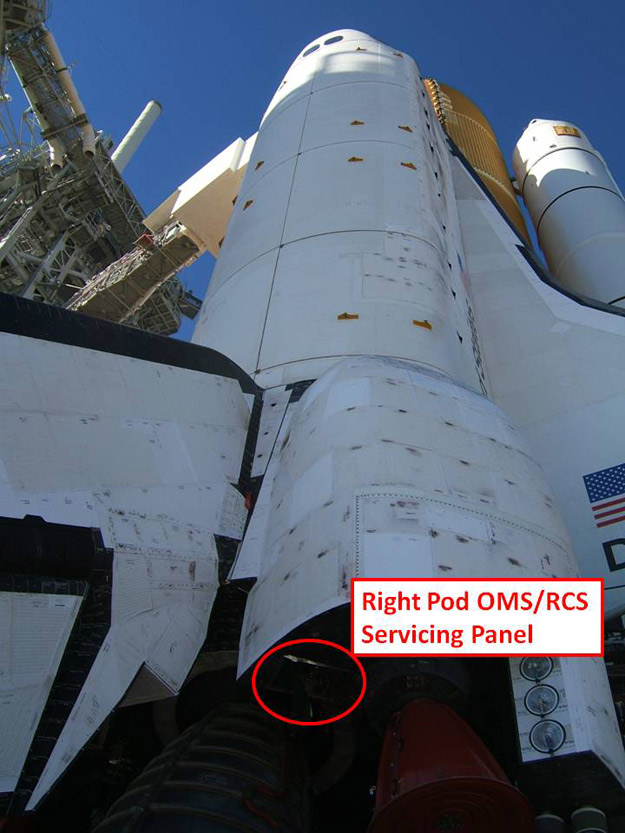 Location on Discovery of the panel where the leak occurred.

The delay from the original launch day of November 1st was due to helium and nitrogen leaks found in the pressurization portion of space shuttle Discovery’s right-hand Orbital Maneauvering System (OMS) pod Thursday evening. After unsuccessfully repairing the leak that night managers decided to first delay the launch by a day. However while the actual repairs were expected not to take too long, testing and repressurization of the tanks would take time. As it turned out additional venting was needed that required some configuration of valving and technicians had to remove a door and a panel to complete the work. This took additional time. As well technicians had to do intermediate pressurization which had not been accounted for in preliminary plans.

With repressurization completed early Sunday morning the countdown clock would then start at 2:00 pm EDT with a launch now scheduled for Wednesday, November 3rd at 3:52 pm EDT. While weather is not issue at this point there is a chance of low cloud ceiling and a chance of isolated showers on launch day. NASA is also tracking Tropical Storm Tomas which is making its way through the Caribbean. At this time Tomas does not pose a threat. 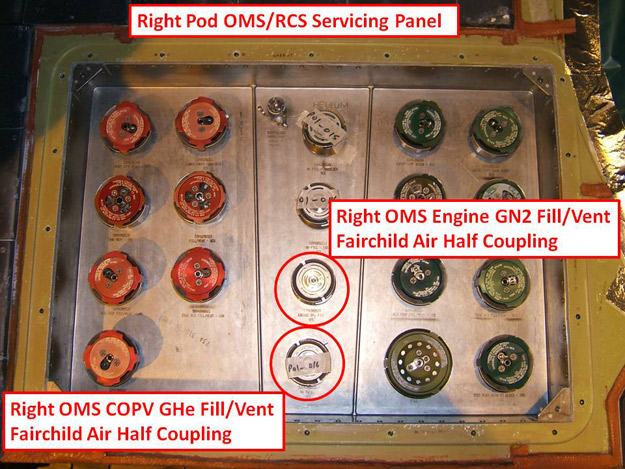 The panel where couplings were replaced.