In his 17 June 2009 presentation to the Review of U.S. Human Space Flight Plans Committee (aka the Augustine Committee) Shuttle Program manager John Shannon presented the Shuttle-derived or “Sidemount” Heavy Launch Vehicle concept. Since that time additional information on this concept has emerged.

Due to its commonality with existing Space Shuttle systems (a prime selling point) use of existing payload carriers (MPLMs, external carriers) and other ISS program hardware (ESA’s ATV) has been considered as a possible use in addition to its use for moon mission hardware. Indeed, done properly, one single flight of the sidemount HLV could probably supply the ISS for a year. 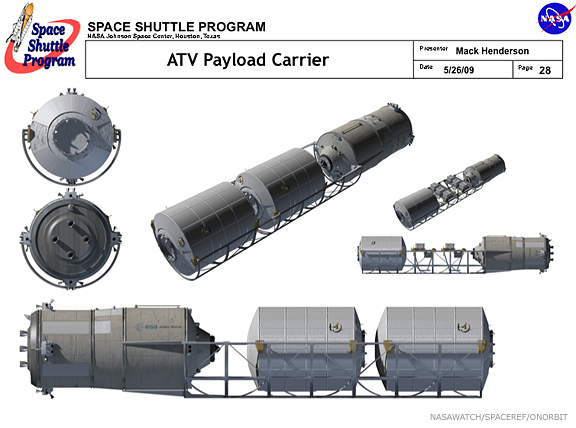 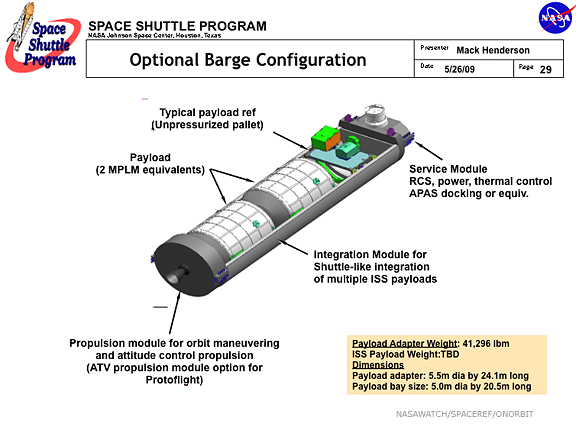