(above) Flight Attendant walks on Velcro-covered walls (while weightless) in the film “2001: A Space Odyssey” (1968). With little experience in weightlessness inside a large spacecraft, the experts consulted by Stanley Kubrick in the 1960s felt that space travelers would need to be anchored to something in order to move around. While this is often true for some chores (including the use of Velcro), astronauts will often just fly or float from one point to another. 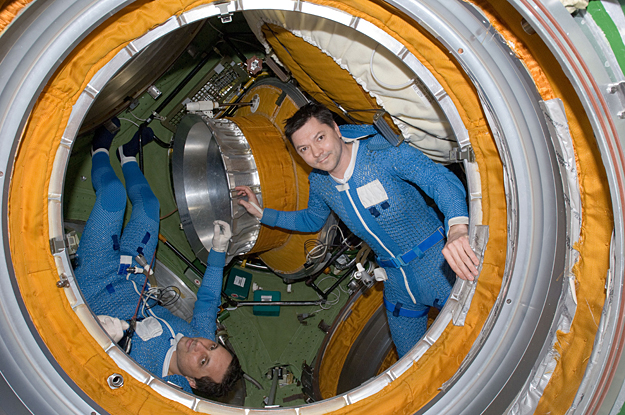