Space Shuttle Atlantis was unveiled for blast off to the heavens above on a sunny late Thursday afternoon (May 13) as the countdown clocks tick down for launch on Friday at 2:20 PM EDT from the Kennedy Space Center in Florida.

From just outside the perimeter security fence, I witnessed the retraction of the massive Rotating Service Structure (RSS) enveloping Atlantis at Launch Pad 39 A. The process to pull the cocoon-like RSS away from the shuttle stack takes about 25 minutes and is always a beautiful sight to behold. The RSS functions to protect the orbiter from bad weather conditions as well as to provide access to the crew cabin and payload bay at multiple levels.

A few hundred media from the US and overseas were on hand to observe and document the event as well as about 150 tweeters permitted by NASA to attend and broadcast the STS 132 proceedings.

“We’ve had a very clean countdown so far and we’re currently on schedule, and we’re not working on any issues,” NASA Test Director Jeremy Graeber said at the Thursday morning press briefing.

“Every space shuttle flight is an amazing feat. There is a huge number of people that is involved. The hard work and dedication of everyone involved with STS-132 has gotten us to this point. We’re looking forward to a spectacular launch tomorrow afternoon at 2:20 PM.”

STS 132 payload manager Bobby Ashley said, “The MRM 1 and ICC payload work is completed. Atlantis payload bay doors have been closed and only a few late stow experiments remain to load. The Russian team from Energia has been here since December and did a fantastic job getting the ‘Rassvet’ Module ready for launch. ‘Rassvet’ will be the 1st and last Russian module to fly on a shuttle”. Ashley told me that, “Several members of the Russian team will be in the Firing Room for the launch”.

The weather forecast remains at 70 Percent favorable for launch on Friday.

The Shuttle Mission Management Team will meet at 4:15 AM Friday to review the launch preparation status and give the “GO” for fueling of super cold cryogenic propellants; liquid oxygen and liquid hydrogen.

Fueling is set to begin at 4:55 AM EDT Friday morning

Crew Walkout and departure for the pad is set for 10:30 AM.

The goal of the 12 day long STS 132 mission is to deliver an Integrated Cargo Carrier loaded with space parts and the Russian built Rassvet Module (MRM-1) to the International Space Station. 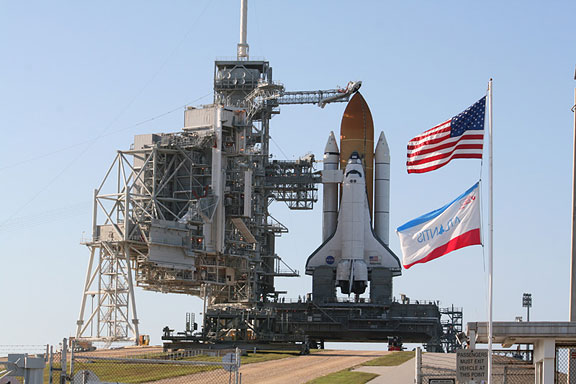 Atlantis at Pad 39 A after the massive Rotating Service Structure (RSS) which protects the shuttle from bad weather was pulled away on Thursday afternoon, May 13, 2010. Credit: Ken Kremer 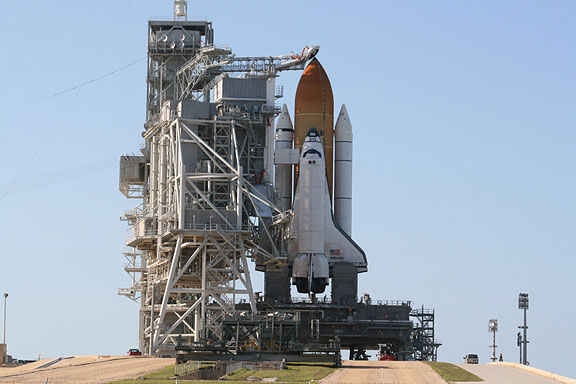 Revealing Atlantis at Pad 39 A partway through RSS retraction. There was not a cloud in the blue skies above. Credit: Ken Kremer 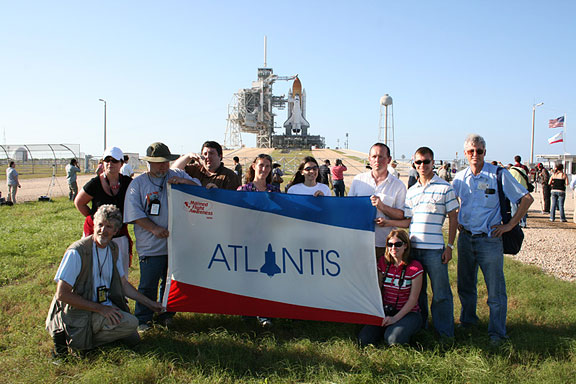 Journalists including myself celebrate the final scheduled Launch of Space Shuttle Atlantis as the orbiter is unveiled to the heavens above on May 13. Credit: Ken Kremer 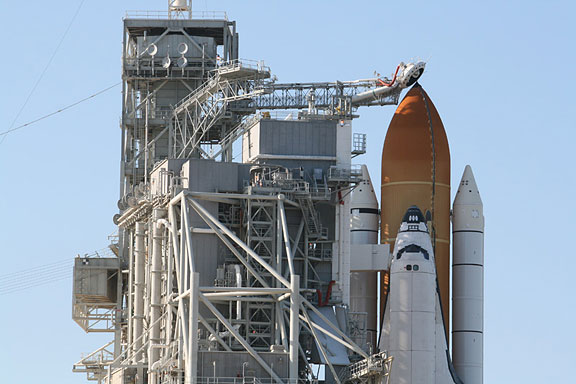 Close Up view of RSS and Atlantis. Credit: Ken Kremer 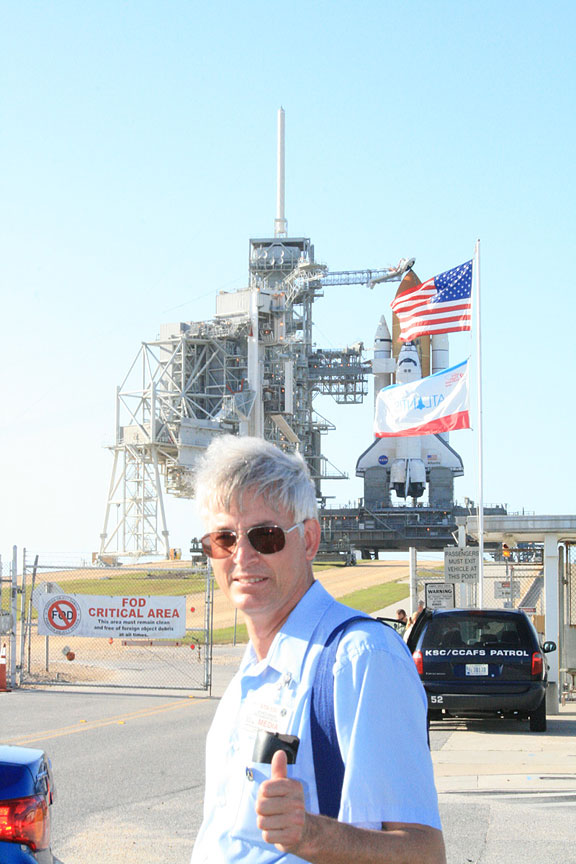 Ken Kremer and Atlantis at Pad 39 A at the Kenendy Space Center after retraction of the Rotating Service Structure. Credit: Ken Kremer