Update: The following Statement was posted on the SpaceX website by Elon Musk:

“Falcon 1 Maiden Flight Update: Posted March 24, 2006 3:00 pm We had a successful liftoff and Falcon made it well clear of the launch pad, but unfortunately the vehicle was lost later in the first stage burn.  More information will be posted once we have had time to analyze the problem.”

The Falcon I rocket was launched today at 5:30 pm EST from Omelek Island and climbed upward for around a minute.

On board video failed less than a minute into the flight.

Gwynne Shotwell, SpaceX’s Vice President for Business Development, has confirmed that the rocket has been lost.

Just before the onboard camera went dead the webcam pointing back at Earth (see below) seemed to show some gyration of the vehicle. 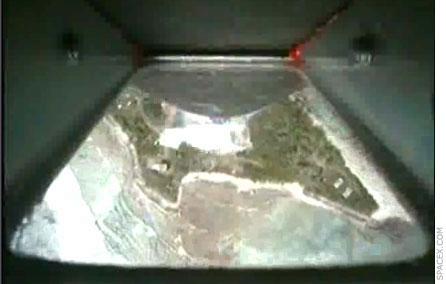