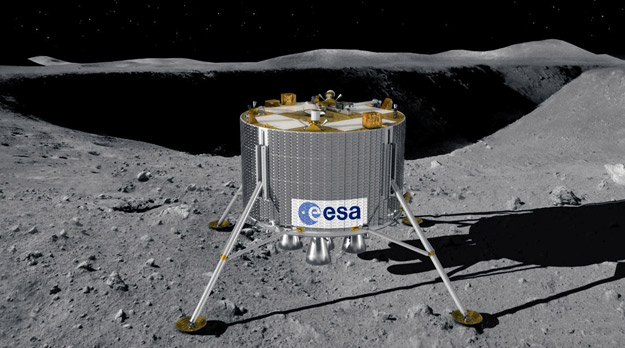 The European Space Agency (ESA) has begun work on the next phase, Phase-B1, of its first Moon lander. The mission, for the yet unnamed lander, is to autonomously and precisely land at the Moon’s south pole region, hopefully in 2018.

The moon’s south pole is characterized by mountainous areas with high ridges and dangerous boulders. However with the recent findings of water combined with almost continupus sunlight it is considered a prime location for human exploration.

The go-ahead for the next phase of the project occurred after ESA signed a contract with EADS-Astrium. The contract was signed by Simonetta Di Pippo, ESA’s Director of Human Spaceflight, and Michael Menking of EADS-Astrium, in the presence of Peter Hintze, Parliamentary State Secretary in the German Federal Ministry of Economics and Technology.

“It is a great pleasure to see progress being made in Europe in the field of space exploration relying on key technologies developed for human spaceflight,” affirmed Mrs. Di Pippo.

“With a strong and successful presence in low orbit, the Moon is the next natural goal on our common path to further destinations.

“The concept of the new study is based on the technologies of ATV and this unique expertise will enable us to develop the key technologies; it would not be possible to envisage landing a robotic vehicle on the Moon without them.” 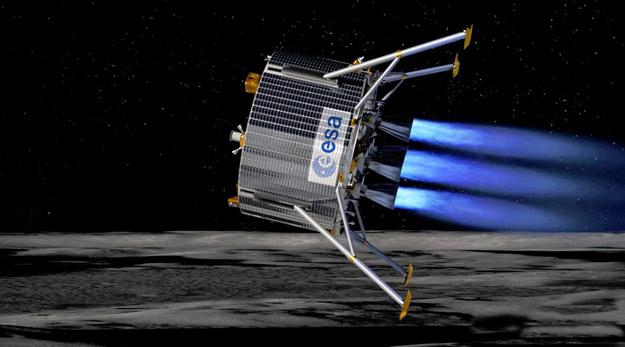 As part of the next phase the team, now led by EADS-Astrium, will use the most recent topographic data of the Moon’s south pole looking for suitable landing sites. This is a difficult task as the area is poorly understood and it is only now that enough information is available to consider landing and operating a mission there.

As well the next phase will see the design refined followed by a ‘Preliminary System Requirements Review’ in 2012.