After discussing the causes of the problem managers feel confident the issue has been resolved to their satisfaction and that they understand the problem enough and will go forward with an attempt to launch Discovery on Thursday. This despite a weather forecast which currently is not favorable and has a 70% chance of violating the constraints for launch.

The issue which caused the delay came up Tuesday morning during engine check-outs when engine #3’s backup engine controller did not come up as expected. The problem was determined to be transient contamination and after a thorough review of the data including past mission data it was decided unanimously to go ahead. 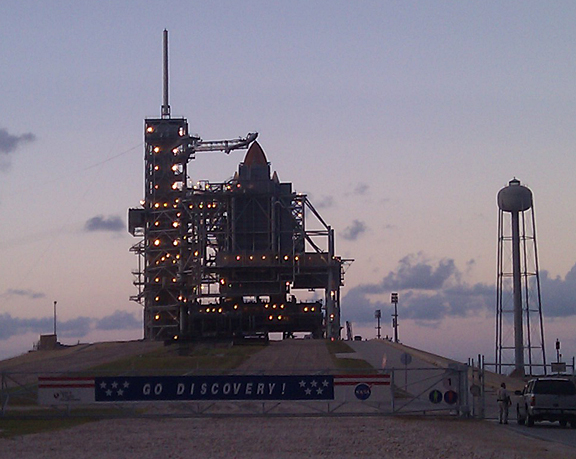