Discovery Cleared for Final Blast Off on November 1

Ken Kremer, Kennedy Space Center, Florida: NASA Shuttle managers have cleared Space Shuttle Discovery for her final blast off in just under one weeks time, on Monday, November 1 at 4:40 p.m. EDT from the Kennedy Space Center in Florida. The three day launch countdown will commence at 3 p.m. on Friday barring any unforeseen issues. Weather is notoriously unpredictable.

Senior NASA managers announced a unanimous “GO” for launch after concluding the Flight Readiness Review (FRR) during which they assessed the status and risks of the shuttle, payload and personnel and determined that all support systems and equipment are ready to support a launch.

The approval for launch comes on the heels of a deft repair job by technicians out at the launch pad to replace two seals on Discovery that were leaking a small amount of a toxic hypergolic rocket propellant – monomethyl hydrazine. The seals were located inside a flange on the right side orbital maneuvering system (OMS) engine.

“We’re in great shape out at the pad,” Shuttle Launch Director Mike Leinbach said. “We’ve used up our four days of contingency for that leak repair, but we’re right on schedule now. I see no reason right now at all that we can’t get into the launch countdown per plan on Friday afternoon.”

Testing of the fuel line seals after the repair showed they were properly aligned and that the flange was holding pressure and there were no indications of additional propellant leakage.

The STS 133 mission is the 39th and last scheduled flight of Discovery on an 11 day flight with a crew of six veteran astronauts. They will deliver a new “bonus” room dubbed Leonardo to the International Space Station. Leonardo is the last major US pressurized module to be added to the ISS. Packed inside is the 300 pound Robonaut 2, the first human-like robot in space, which will become a permanent resident of the station.

The astronauts will grab Leonardo from the shuttle payload bay and permanently berth the module at an Earth facing port on the ISS at the Unity node on flight day 6. In addition to providing much needed storage space, Leonardo will also be used to conduct science experiments in such fields as fluid physics, materials science, biology and biotechnology.

Leonardo was converted into a Permanent Multipurpose Module (PMM) from its original construction and use as one of three Multi-purpose logistics modules or MPLM’s built in Italy. The module has been reinforced with over 200 pounds of additional armor plating to withstand the long duration effects of micrometeoroid bombardments.

The crew is led by four time flyer and Shuttle Commander Steve Lindsey. Joining Lindsey are Pilot Eric Boe and Mission Specialists Alvin Drew, Tim Kopra, Michael Barratt and Nicole Stott. They are set to arrive at the Cape on Thursday afternoon, October 28 after flying in from Houston. Drew and Kopra will conduct two spacewalks, each about six hours in duration . Barratt, Kopra and Stott have previously served as ISS crew members. 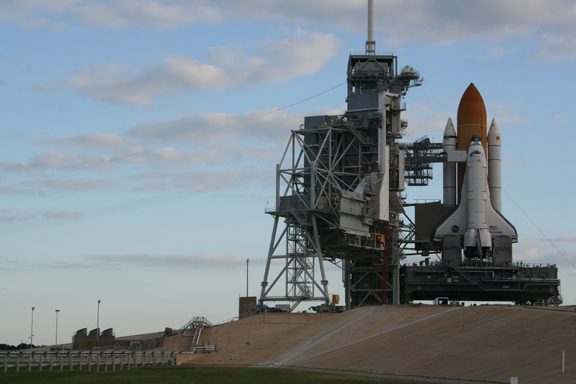 NASA mangers announced that Space Shuttle Discovery is slated to blast off on November 1, 2010 for her final flight following the successful repair of leaking fuel lines. Credit: Ken Kremer 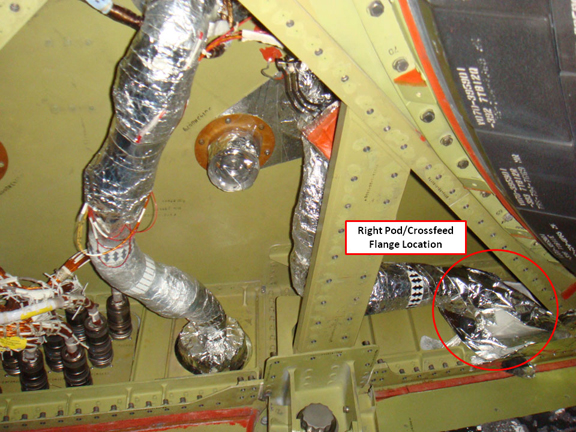 Close-up of fuel line with propellant leak found inside Discovery’s right-side orbiter maneuvering system engine. Two seals were replaced in the flange over the weekend by engineers and techniciansworking at Pad 39 A. Credit: NASA-KSC