I am profoundly saddened to hear of Bob’s passing. I got to know Bob very well when he and I worked at the old Life Sciences Division at NASA Headquarters in the 1980s. Bob was an astrobiologist before the word was coined. He was an adventurer and a jack of all trades. Among other things, he spent a lot of time in polar regions diving under the ice with Chris McKay and Dale Andersen or walking the dry valleys. Bob and I went rock climbing several times. One trip in particular, to Seneca Rocks, West Virginia on a day not unlike today, is etched into my mind. I can clearly recall asking him on that trip if he thought there was life on Mars. He paused for a moment and said “I … think so”. I can only hope that somewhere on Curiosity’s travels across Gale crater on Mars, that something of prominence is named after Bob Wharton. 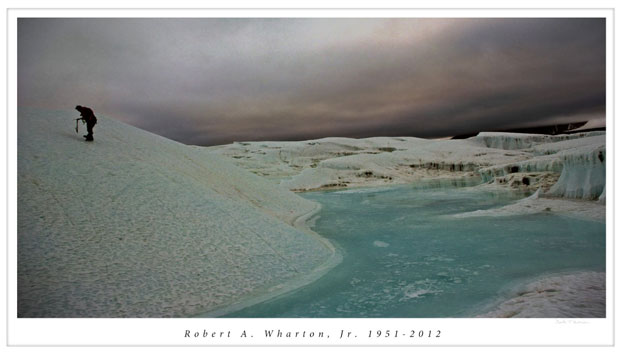