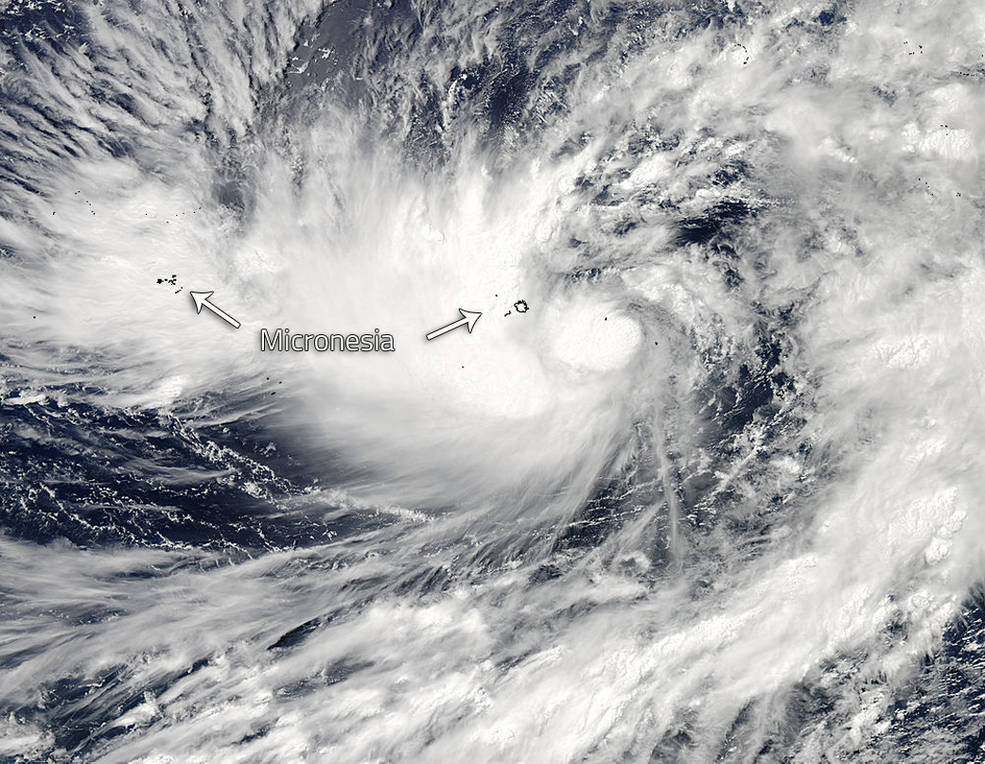 The MODIS instrument on Aqua captured this image of Tropical Storm Dolphin on May 10, 2015 over the Federated States of Micronesia. Credits: NASA Goddard MODIS Rapid Response Team

The MODIS instrument on the Aqua satellite captured this image of Tropical Storm Dolphin riding roughshod over the Federated States of Micronesia.  Dolphin strengthened to tropical storm status between Bulletin 272 and 273 (1620 GMT and 2200 GMT) of the Joint Typhoon Weather Center on May 09, 2015.

These images taken by the AIRS instrument on Aqua show Tropical Storm Dolphin approximately 12 hours apart as it makes its way through the Pacific. Credits: NASA JPL, Ed Olsen

Dolphin is currently located (as of 5:00am EDT/0900 GMT) 464 miles ENE of Chuuk moving northwest at 9 knots (10 mph).  It is expected to start to strengthen after a day or so. Dolphin is expected to reach 120 knots (138 mph) after 5 days, as it approaches Guam.  Its maximum sustained winds are 45 knots with gusts to 55 knots (51 to 63 mph).  The Federated States of Micronesia and the Northern Mariana Islands are both in the sights of Dolphin.  Residents of Fananu in Chuuk State and the Marianas should monitor 07W carefully.