View From Space: Ana Tightens Up and Becomes Tropical

By SpaceRef Editor
May 9, 2015
Filed under Earth, Earth Science, NASA HQ, US 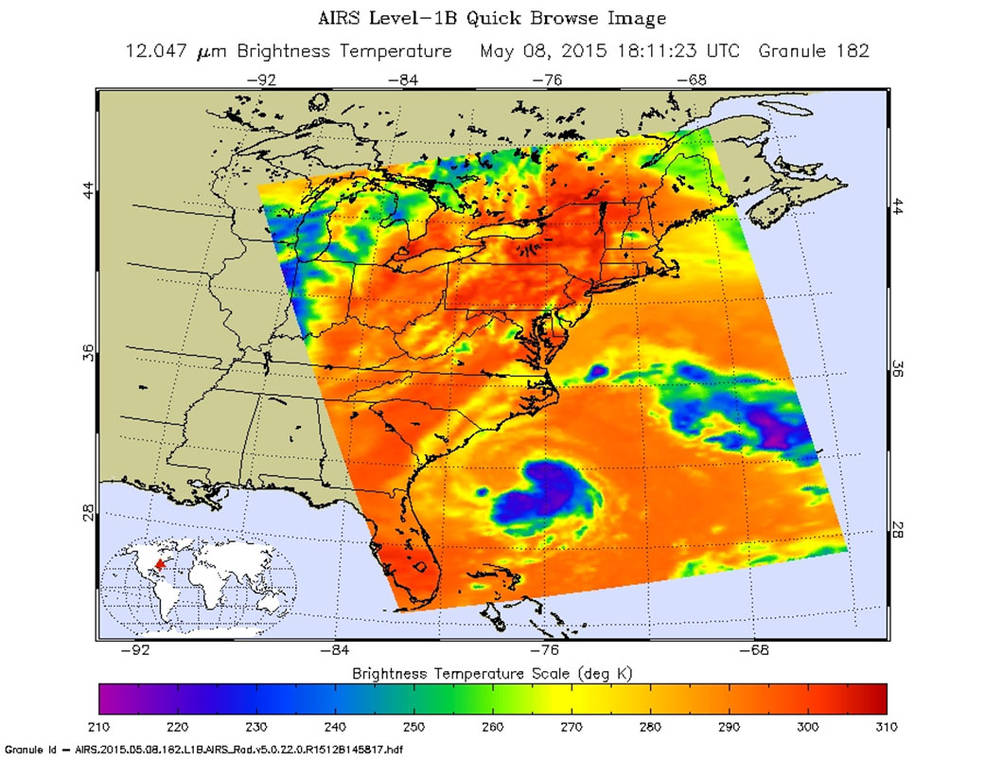 Up until Saturday morning, Ana had been referred to as a subtropical storm, rather than a tropical storm.  What’s the difference?  The difference lies is how the two different storms are “born.”  Subtropical storms are usually born of waters that are relatively lukewarm (as they would be at this time of year) and dry air is often drawn in, rather than moist air, and the storm does not have the upper atmosphere connection.  Tropical storms normally are born of waters that are very warm (usually later on in the summer season) with moister air that  is able to interact with upper atmosphere to create a well ventilated system pulling up air into the center and creating a very tight circular motion.  Subtropical storms are usually much larger and cover a bigger area since they are not as well organized.  Both types of storms can do a lot of damage, however, and sometimes, since subtropical storms are larger, it is possible that they can produce damage over a larger area than a tropical storm.

So is Ana still subtropical?  As of Saturday morning she made the transition to a full tropical storm overnight as the storm tightened up and became more organized with most of the shower and thunderstorm activity becoming centered within Ana.  This can be seen in both the AIRS image and the RapidScat imagery in this update.  Both show that Ana is becoming tighter when compared with images from earlier.

Currently Ana is located about 110 miles south of Myrtle Beach, South Carolina and is moving north northwest at 3 knots.  Winds are at 50 knots gusting at times to 60 knots (57 to 69 mph).

Ana is expected to hit land right on the border between the Carolinas on Sunday morning bringing winds and rain of 1-3 inches with the possibility of isolated areas in eastern Carolina receiving up to 5 inches.  Maximum winds at the time of landfall should be around 39 mph, still tropical storm strength.

A tropical storm WARNING is in force from South Santee River to Cape Lookout.”A tropical storm watch is in force from Edisto Beach SC to south of South Santee River Rainfall: 1 to 3, locally up to 5 inches over eastern NC and SC.|Storm surge is expected to be 1 to 2 feet above ground at high tide from Cape Hatteras, North Carolina, south into and throughout South Carolina.