View From Orbit: Typhoon Noul continues to intensify as it nears Luzon 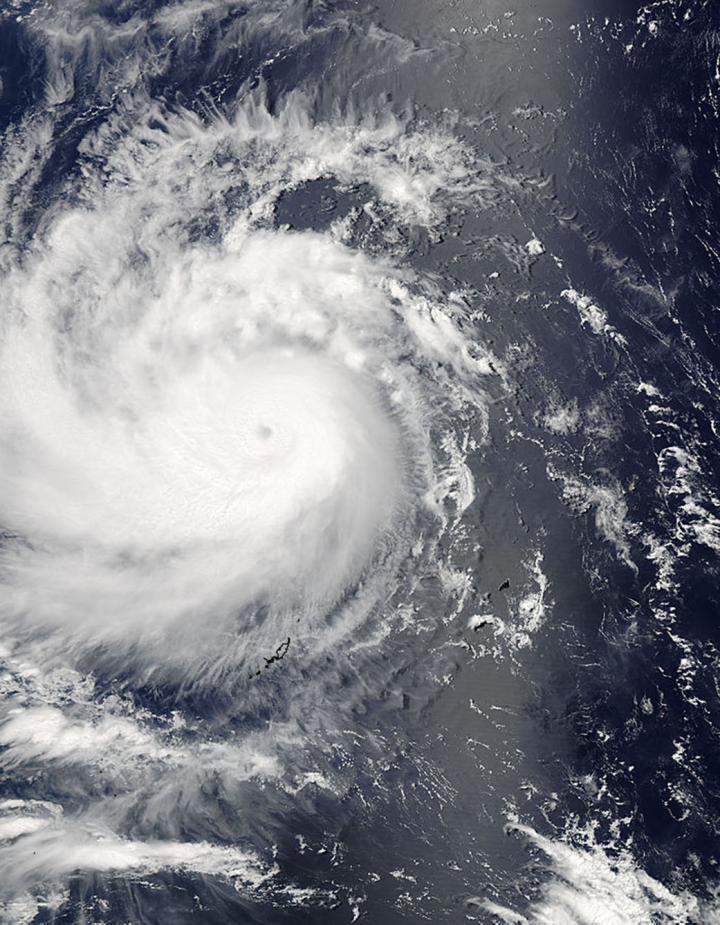 Typhoon Noul, which in the Philippines has been designated by Dodong, is located 666 miles east southeast of Manila, Philippines. It is currently moving in a west northwest track at 11 knots, which is about 34 miles per hour.

Maximum sustained winds have been measured at 100 knots (115 mph) gusting to 125 (143 mph). Maximum significant wave height is 30 feet. Threatened landmasses are the islands of the Philippines. Public storm warning #1 has been raised in the Luzon province of Catanduanes and the Visayas province of Northern Samar. Luzon is the largest and most populous island in the Philippines. Located in the northernmost region of the archipelago it is home to the country’s capital city, Manila. It is the fourth most populous island (as of 2010) in the world after Java, Honshu and Great Britain.

Noul continues to intensify as it moves toward making landfall at Luzon in the next two days. Conditions surrounding the storm allow for its increased intensity as it moves toward land. The storm will steadily intensify to 115 knots over the next two days, before making landfall in Luzon. The system will curve northeast during its passage over Luzon and will undergo extra-tropical transitioning.

The image at the top is a MODIS image of Noul taken by the Aqua satellite on May 07, 2015.