Note: the crater “Onizuka” is incorrectly identified in this video. Rather, “Onizuka” is the crater next and to the right of the one labled in the video as “The Onizuka”. The map below shows the craters around Apollo Basin that have been named after the crew of Challenger. 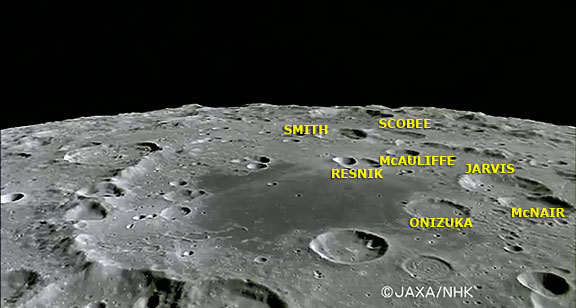