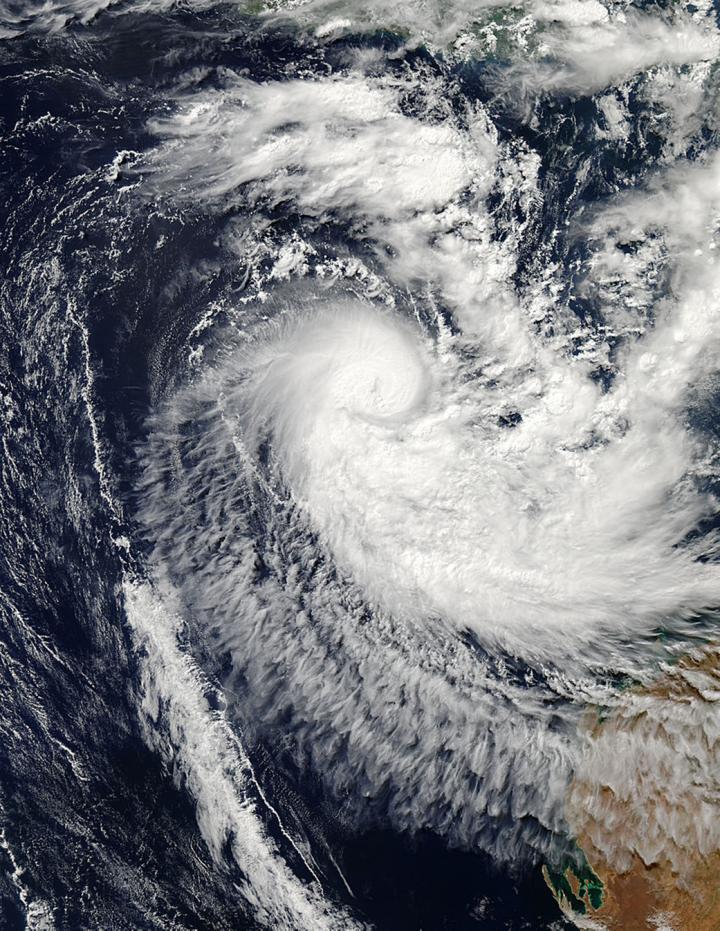 The tropical low pressure area formerly known as System 98S has organized and developed into Tropical Cyclone Quang in the Southern Indian Ocean. NASA’s Aqua satellite passed over Quang and gathered visible and infrared data showing that the storm came together quickly.

On April 29, when Aqua passed over Quang, the Moderate Resolution Imaging Spectroradiometer (MODIS) instrument data provided a visible picture of Quang that showed a concentration of strong thunderstorms around the center of circulation and a band of thunderstorms winding into the center from the south.

The Atmospheric Infrared Sounder (AIRS) instrument aboard Aqua looked at the storm through infrared light and measured cloud top temperatures. AIRS saw cloud top temperatures as cold as 210 kelvin/-63.1F/-81.6C in powerful thunderstorms circling Quang’s center. NASA research shows in storms with that cloud tops that cold (and high into the troposphere) have the potential to drop heavy rain.

The Australian Bureau of Meteorology forecast calls for Quang to move southeast over the next couple of days. Quang’s center is forecast to approach Coral Bay around 8 p.m. local time on Saturday, May 2. Currently, there are no warnings in effect because the storm is not yet close to land.

Quang was moving south-southwest at 5 mph (8 kph). The Australian Bureau of Meteorology (ABM) expects Quang to shift in track to the southeast on April 30. The cyclone is also expected to weaken as it moves closer to the far northwest of the state on Friday.

The Joint Typhoon Warning Center noted that as Quang approaches land, vertical wind shear will increase and sea surface temperatures will drop – two factors that will weaken the storm.