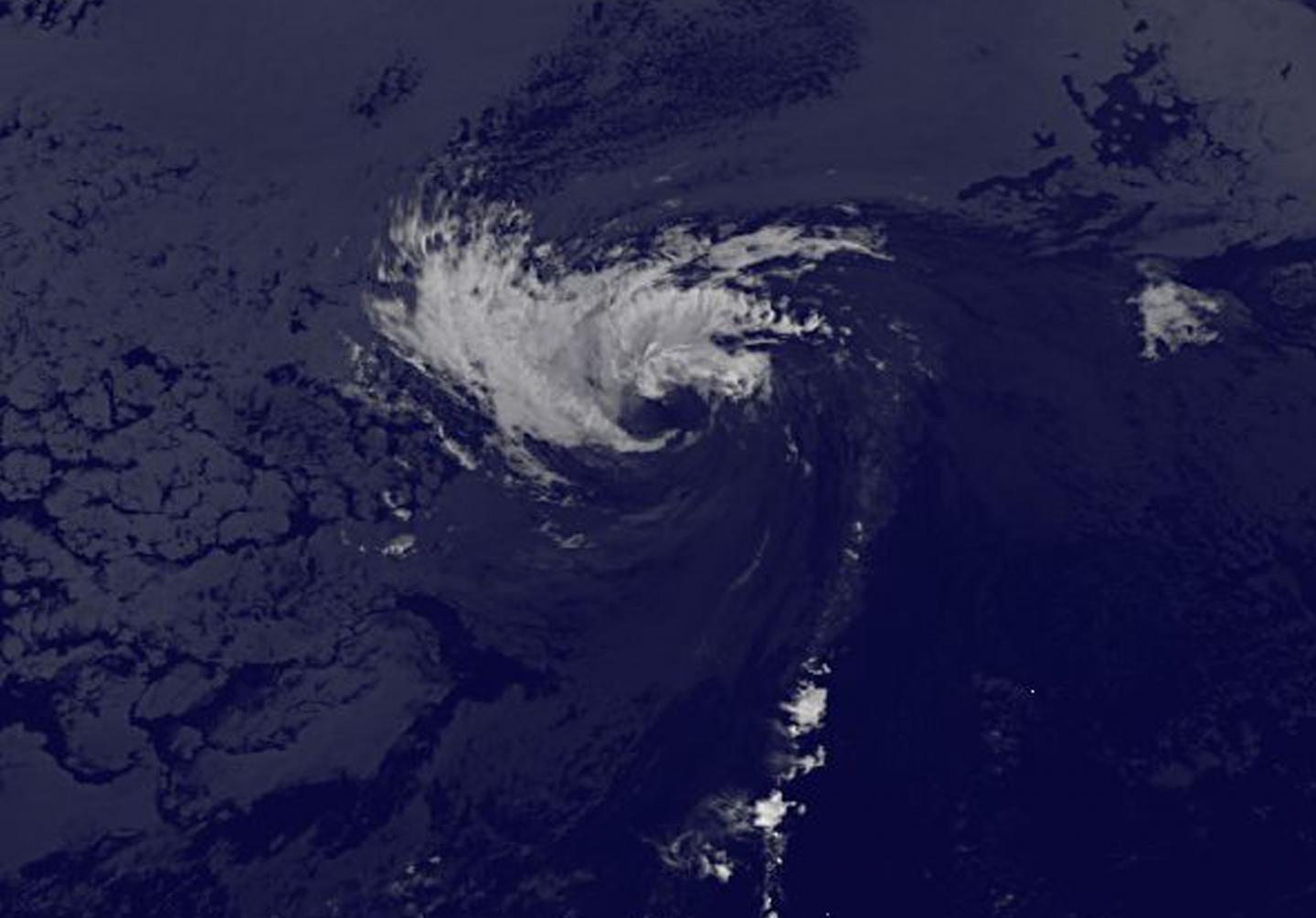 Satellite imagery revealed that wind shear and cooler sea surface temperatures have taken their toll on the once hurricane Kenneth. Kenneth has now weakened to a tropical storm and continues to be torn apart as seen in imagery from NOAA’s GOES-West satellite.

NOAA’s GOES-West satellite captured an infrared image of Tropical Storm Kenneth on Aug. 23, 2017 at 8:00 a.m. EDT (1200 UTC) in the Eastern Pacific Ocean. The image showed that the bulk of clouds appeared on the north-northwestern side of the storm, which indicates wind shear was affecting the storm. The imagery also showed continued deterioration of Kenneth’s cloud pattern.

At 5 a.m. EDT (0900 UTC) on Aug.23 the center of Tropical Storm Kenneth was located near 23.5 degrees north latitude and 134.3 degrees west longitude. That’s about 1,545 miles (2,490 km) west of the southern tip of Baja California, Mexico. Kenneth was moving toward the north-northwest near 10 mph (17 kph), and this general motion with a gradual decrease in forward speed is expected during the next couple of days.

Maximum sustained winds have decreased to near 60 mph (95 kph) with higher gusts. Continued weakening is forecast. The estimated minimum central pressure is 999 millibars.