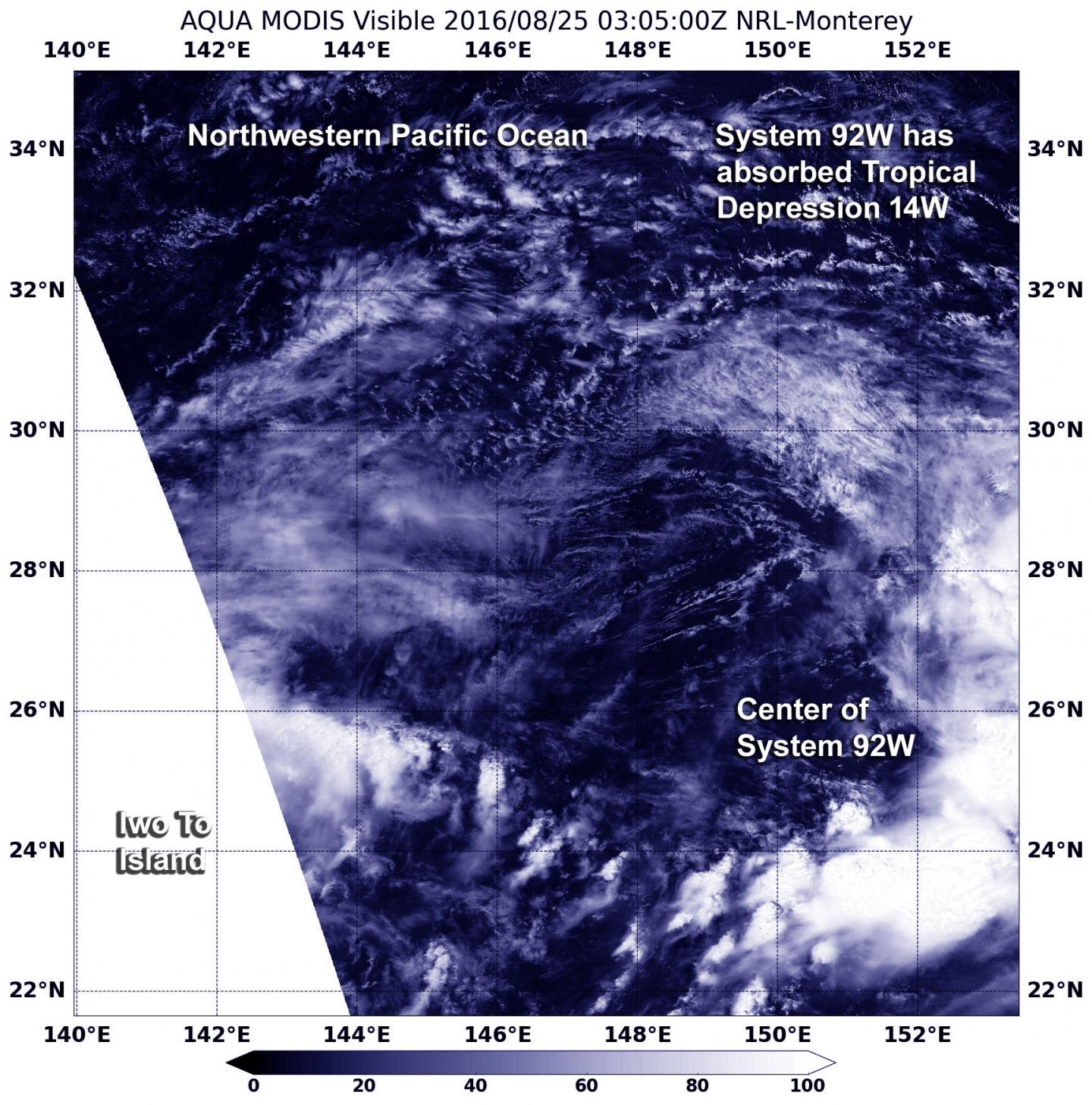 Tropical Depression 14W was absorbed by another nearby tropical low pressure system in the Northwestern Pacific Ocean as NASA’s Aqua satellite passed overhead.

The MODIS or Moderate Resolution Imaging Spectroradiometer instrument that flies aboard NASA’s Aqua satellite captured a visible image of System 92W on Aug. 25 at 03:05 UTC (Aug. 24 at 11:05 p.m. EDT). It showed that System 92W resembled more of a frontal system than a circulation, as clouds were east of the center. There was no trace of the circulation of former Tropical Depression 14W as the clouds and moisture had been absorbed into the new low pressure area.

That low pressure area had a fully exposed low-level circulation center with strong convection (rising air that condenses and forms the thunderstorms that make up a tropical cyclone) and fragmented bands of thunderstorms east of the elongated low-level center.

The JTWC noted that System 92W (and the absorbed energy of former Tropical Depression 14W) are in an area with moderate vertical winds shear which will inhibit development.