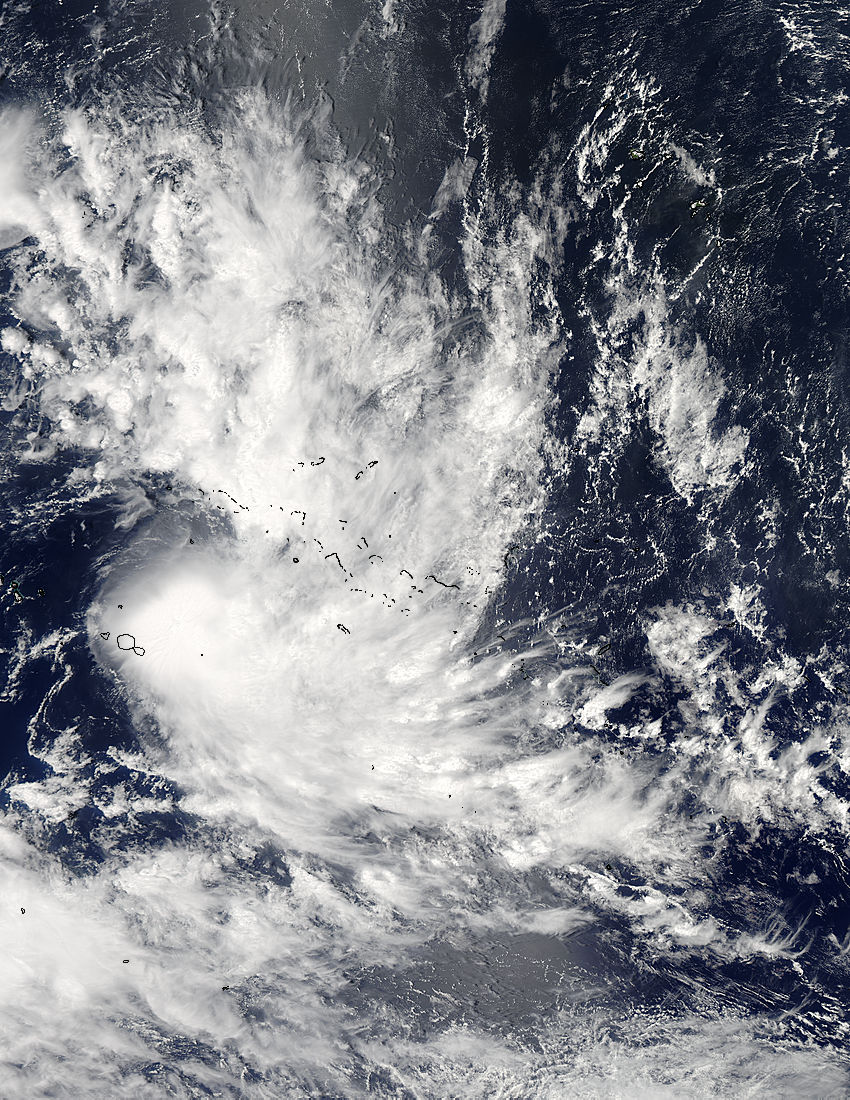 NASA’s Aqua satellite passed over Tropical Cyclone Niko on Jan. 21 at 4:35 p.m. EST and the MODIS instrument aboard captured a visible image of the storm.  The MODIS images shows that the storm remains compact, while the strongest thunderstorms are pushed to the southeast of the center by northwesterly vertical wind shear.

Niko is moving broadly southeast and the Joint Typhoon Warning Center forecast calls for the storm to intensify to a minimal hurricane with maximum sustained winds to 65 knots (74.8 mph/120.4 kph) on Jan. 23, before cooler waters help cause its dissipation.