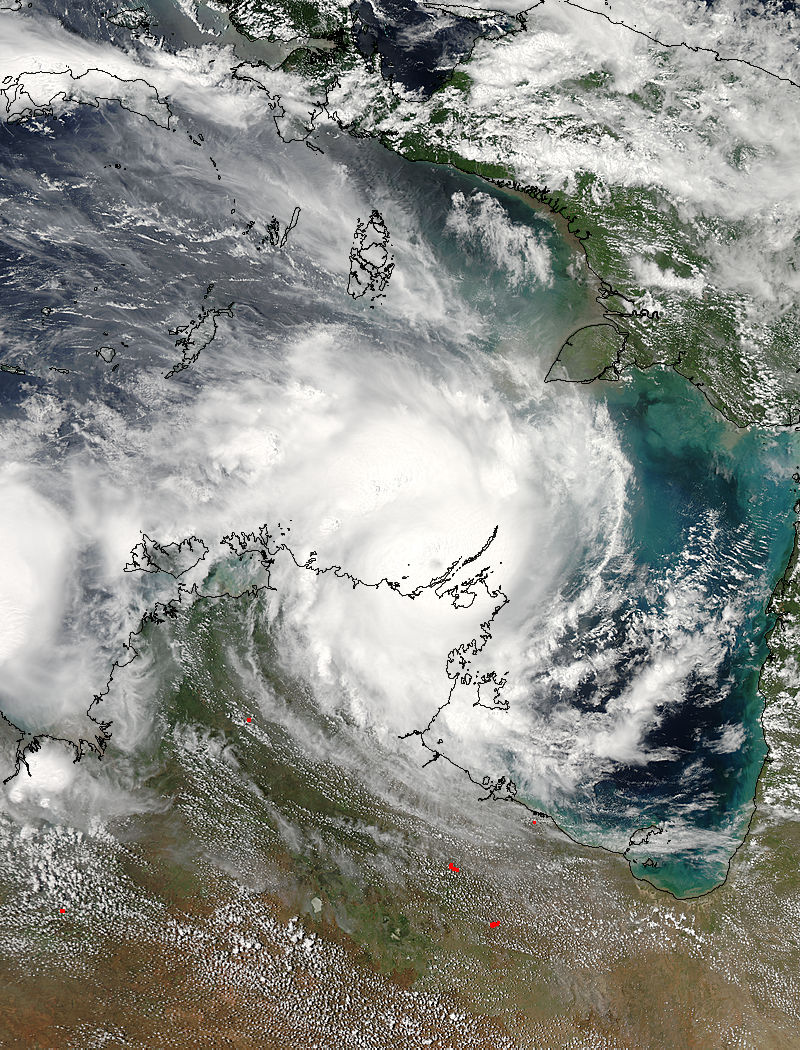 Tropical Cyclone Lam was making landfall over the Northeast Territory of Australia when NASA’s Aqua satellite saw it on Feb. 19, 2015 at 4:40 UTC.

As Tropical Cyclone Lam made landfall in Australia’s Northern Territory on Feb. 19 (EST), NASA satellites and instruments gathered data on the storm’s structure and behavior. Two instruments aboard NASA’s Aqua satellite, NASA-JAXA’s GPM core satellite, the RapidScat instrument aboard the International Space Station provided information to forecasters before and after Lam came ashore.

On Feb. 17 when Lam was strengthening in the Arafura Sea, NASA and the Japan Aerospace Exploration Agency’s Global Precipitation Measurement or GPM core observatory satellite passed over Tropical Cyclone Lam at 1256 UTC and captured data on the rainfall rates within the storm. At that time, sustained winds were estimated to be increasing above 55 knots (63 mph). GPM’s Microwave Imager (GMI) measured rain falling at a rate of almost 55 mm (2.2 inches) per hour in powerful storms to the northwest of Lam’s center. A 3-D view of cyclone Lam’s vertical structure was made possible by using GPM’s radar (Ku band) data that showed some thunderstorm tops above 7.8 miles (12.6 km). 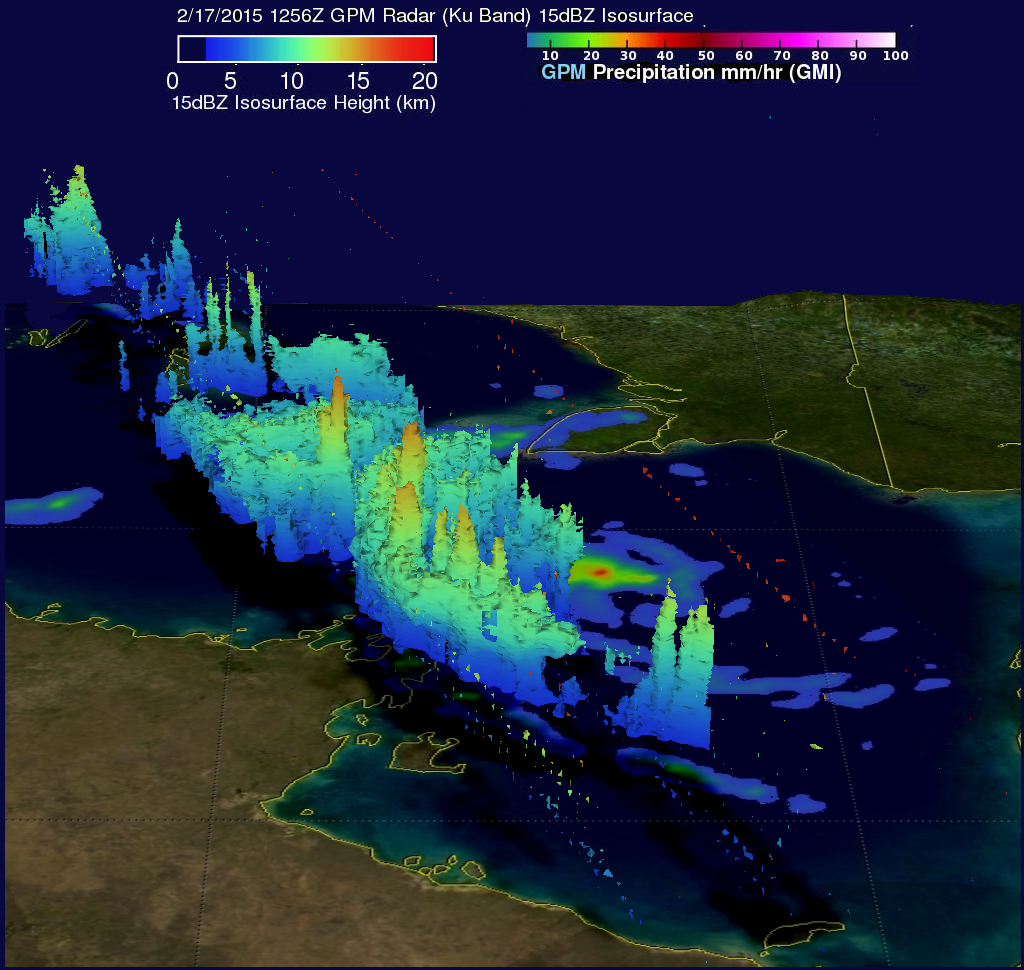 Another instrument took a look at the winds of the storm from its perch in space. The International Space Station’s RapidScat instrument captured a look at Tropical Cyclone Lam’s winds as it was moving toward landfall. From Feb. 18 at 1:40 UTC to 3:13 UTC RapidScat saw sustained winds to 56 mph/90 kph/25 mps.

The Moderate Resolution Imaging Spectroradiometer instrument aboard NASA’s Aqua satellite captured a stunning picture of the storm as the center was making landfall on Feb. 19 at 04:40 UTC. The center was an eye-like feature obscured by clouds as it exited the Arafura Sea and came ashore near Elcho and Howard Islands in the northeastern part of the Northern Territory.

Another instrument aboard NASA’s Aqua satellite provided infrared data on the thunderstorms that make up the tropical cyclone. A tropical cyclone is made up of hundreds of thunderstorms. The Atmospheric Infrared Sounder or AIRS instrument aboard Aqua gathers infrared data to provide temperature data. The higher the thunderstorm in the troposphere, the colder the cloud tops. AIRS saw cloud tops around the center of circulation as cold as -63F/-52C. NASA research has shown that thunderstorm cloud tops that cold have the potential to drop heavy rainfall, which mirrors and confirms the GPM core satellites observations even two days before.

There are many warnings and watches in effect. A Cyclone Warning is in effect from Goulburn Island to Cape Shield, including Nhulunbuy and Groote Eylandt. A Cyclone Watch: Numbulwar to Port Roper.

Tropical Cyclone Lam is forecast to continue moving southwest and weaken later in the day as it moves inland over Arnhem Land.