By SpaceRef Editor
January 29, 2015
Filed under Earth, Earth Science, US 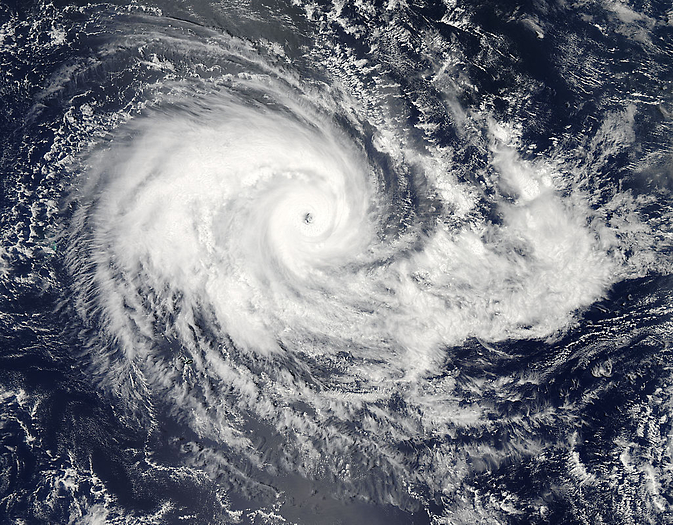 The MODIS instrument that flies aboard NASA’s Aqua satellite captured this image of Tropical Cyclone Eunice in the South Indian Ocean, well south of Diego Garcia and the Cocos Islands.  Its location is 637 nautical miles south-southwest of these islands.  The storm is currently tracking south-southeastward at 10 knots.

Eunice’s microwave eye is well-defined in this image and the banding around its center is tightly wrapped.  The eye is 5 nautical miles across.  The intensity of the storm has increased to 115 knots.  The storm is encountering favorable conditions for its continued intensity and is tracking south-southeastward and is expected to continue this past for the next 24 hours.

At that point it is expected that the storm will shift east-southeastward due on the Ninetyeast Ridge underwater seamount chain which becomes more west-to-east oriented.  Favorable continuing conditions will likely allow the storm to increase to a peak intensity of 140 knots.  Current maximum sea wave height is 30 feet.  After peak intensity the storm will slowly dissipate.

Eunice is not threatening any land masses at this time.