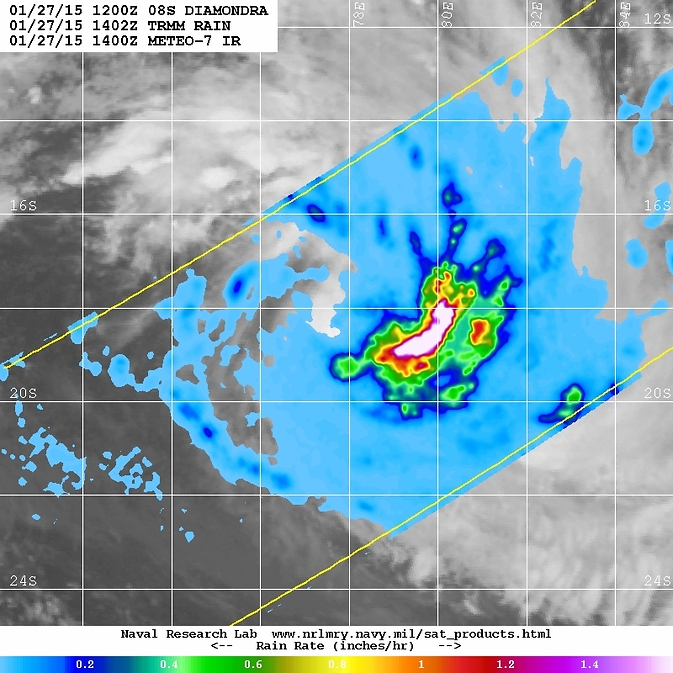 The eighth tropical cyclone of the Southern Indian Ocean season has formed far from land, and the Tropical Rainfall Measuring Mission or TRMM satellite saw some heavy rain east of the storm’s center.

The TRMM satellite is managed by both NASA and the Japan Aerospace Exploration Agency or JAXA. TRMM flew over Tropical Cyclone Diamondra on January 27 at 1402 UTC (9:02 a.m. EST) and measured rainfall rates within the storm. TRMM found heavy rainfall occurring east of the center of circulation in excess of 1.6 inches per hour.

The Joint Typhoon Warning Center expects the storm to strengthen to 60 knots by January 29 and then weaken as it moves into cooler waters and encounters strong vertical wind shear.