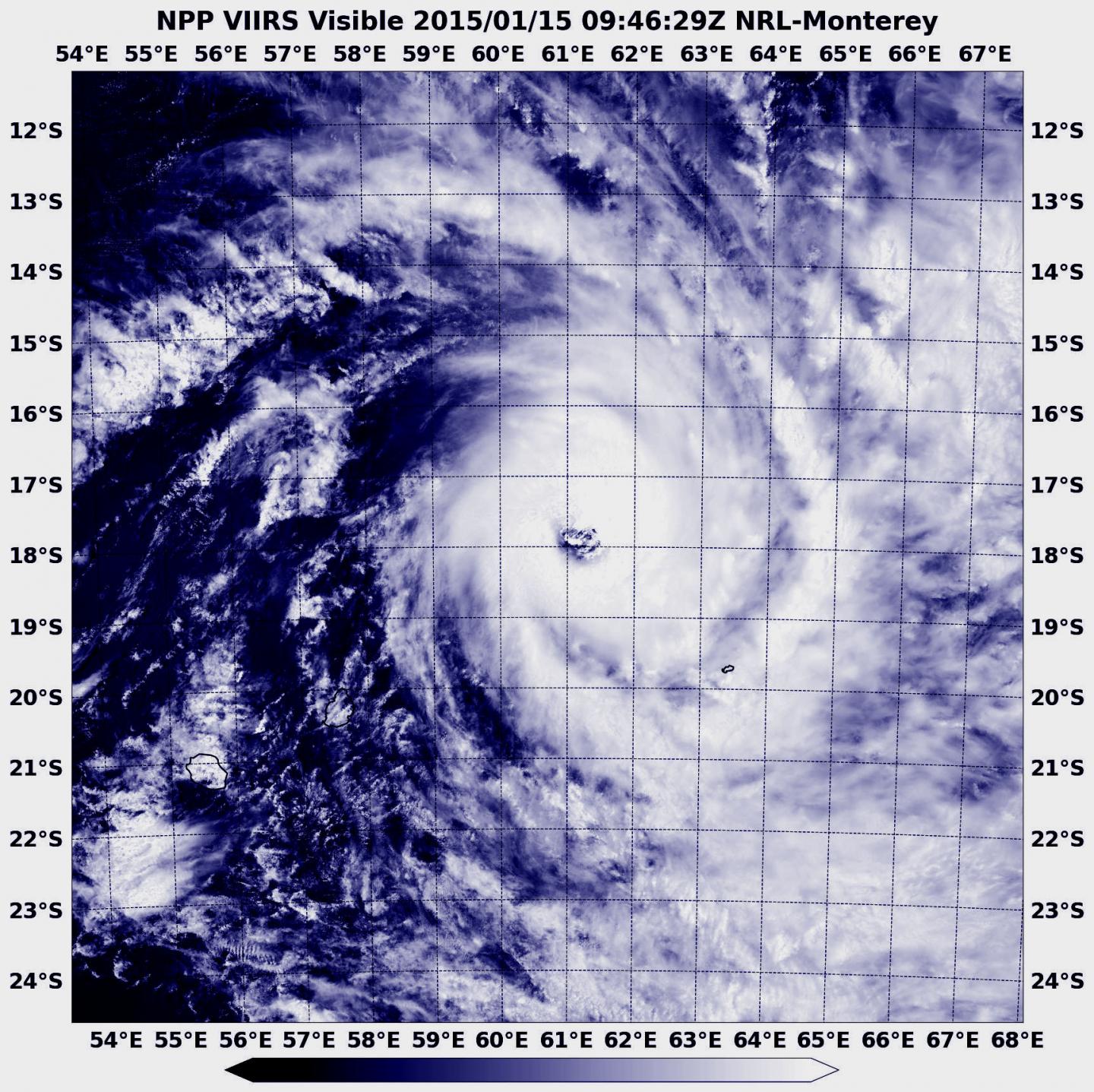 Tropical Cyclone Bansi reached Category 4 hurricane status earlier this week and developed an eye. As the storm weakened to a Category 2 storm on Jan. 14 the eye became cloud-filled. When NASA-NOAA’s Suomi NPP satellite passed over on Jan. 15, the storm re-strengthened back to a Category 4 and the eye was again visible and almost quadrupled in width.

Regional warnings were still in effect, but only in Rodrigues. A tropical cyclone warning class 3 was in effect at Rodrigues, while the warnings in Mauritius had been dropped.

Bansi was centered near 18.0 south latitude and 60.7 east longitude, about 230 nautical miles (264.7 miles/426 km) east-northeast of Port Louis, Mauritius. Bansi is moving to the east-southeast at 6 knots (6.9 mph/11.1 kph) and is expected to continue moving in that general direction.

As Bansi moves away from Rodrigues Island over the next two days it is expected to strengthen even more, with maximum sustained winds forecast to reach a Category 5 status on the Saffir-Simpson Scale at 145 knots (166.9/268.5 kph) before weakening again over open waters of the Southern Indian Ocean.