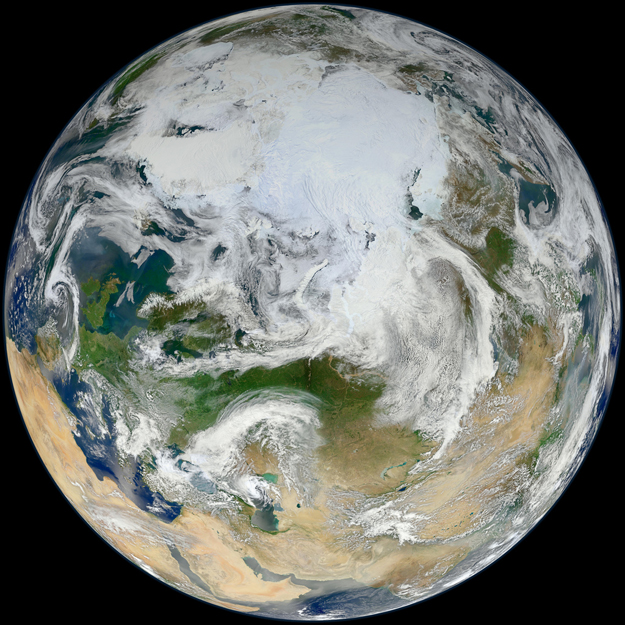 Fifteen orbits of the recently launched Suomi NPP satellite provided the VIIRS instrument enough time (and longitude) to gather the pixels for this synthesized view of Earth showing the Arctic, Europe, and Asia. Credit: NASA/GSFC/Suomi NPP

About Suomi NPP – Over the last decade NASA launched a series of satellites that offer an unparalleled view of Earth from space. That series, known collectively as NASA’s Earth Observing System (EOS), has provided striking new insights into many aspects of Earth, including its clouds, oceans, vegetation, ice, and atmosphere. However, as the EOS satellites age, a new generation of Earth-observing satellites are poised to take over.