By SpaceRef Editor
March 17, 2006
Filed under Commerce, SpaceX, US

Falcon 1 has been removed from its hangar and erected on the launch pad. All systems are currently go for a static fire on March 17 or 18, followed by a launch between March 20 and 25. 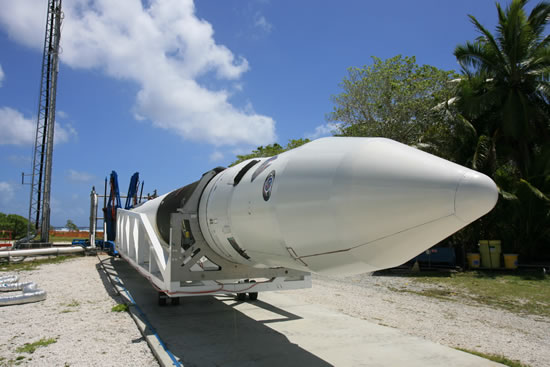 Falcon being rolled out of the hangar 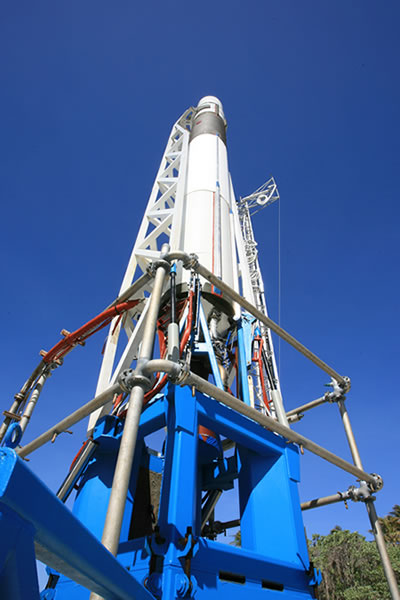 On the launch pad, ready for system checks 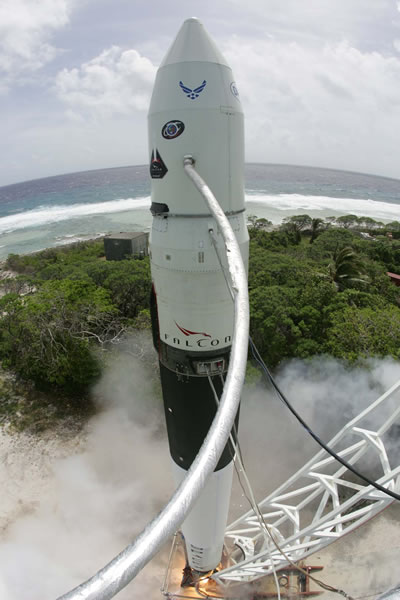 On launch day, the Falcon 1 rocket will begin its journey to orbit, accelerating to 17,000 mph (25 times the speed of sound) in less than ten minutes. Designed from the ground up by SpaceX, Falcon 1 is a two stage rocket powered by liquid oxygen and purified, rocket grade kerosene. On launch day, Falcon 1 will launch into the history books for several notable reasons:

The maiden flight will take place from the Kwajalein Atoll of the Marshall Islands. The customer for this mission is DARPA and the Air Force. The payload will be FalconSat-2, part of the Air Force Academy’s satellite program that will measure space plasma phenomena, which can adversely affect space-based communications, including GPS and other civil and military communications. The target orbit is 400 km X 500 km (just above the International Space Station) at an inclination of 39 degrees.

SpaceX is developing a family of launch vehicles intended to reduce the cost and increase the reliability of access to space ultimately by a factor of ten. With the Falcon 1, Falcon 5 and Falcon 9 launch vehicles, SpaceX is able to offer light, medium and heavy lift capabilities. We are able to deliver spacecraft into any inclination and altitude, from low Earth orbit to geosynchronous orbit to planetary missions.

SpaceX is the third company founded by Elon Musk. Previously he co-founded PayPal, the world’s leading electronic payment system, which was sold to eBay for $1.5 billion in 2002. In 1995, Mr. Musk co-founded Zip2, which sold to Compaq Computer Corporation for more than $300 million.