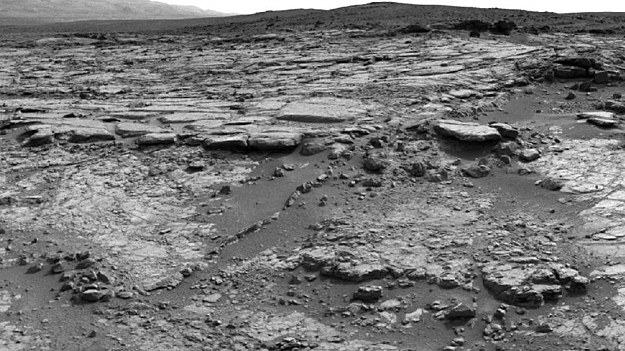 The sinuous rock feature in the lower center of this mosaic of images recorded by the NASA Mars rover Curiosity is called “Snake River.” The images in the mosaic were taken by Curiosity’s Navigation Camera during the 133rd Martian day, or sol, of the rover’s mission on Mars (Dec. 20, 2012).