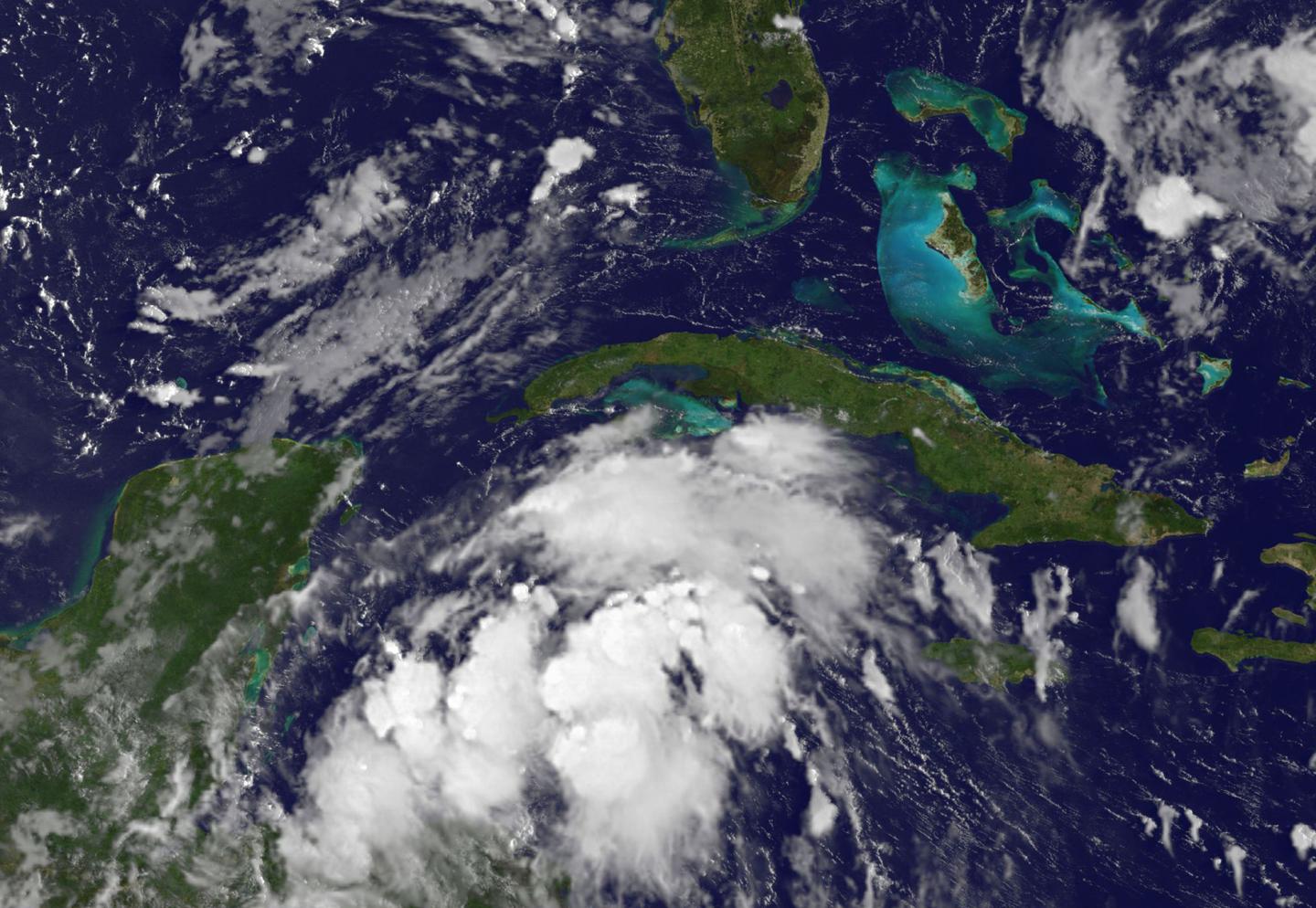 NOAA’s GOES-East satellite has been watching the remnants for former Tropical Storm Harvey as it tracks west across the Caribbean Sea. Early on Aug. 21 the remnants were just off the coast of eastern Honduras.

NOAA’s GOES-East satellite provided a visible-light image of the remnants in the western Caribbean Sea on Aug. 21 at 8:30 a.m. EDT (1230 UTC). The image revealed several areas of disorganized and fragmented thunderstorms. Harvey is an elongated area of low pressure, or a trough.

The National Hurricane Center (NHC) noted that regardless of development, locally heavy rainfall and gusty winds are likely to spread westward across northern Nicaragua, Honduras, Belize, and the Yucatan Peninsula during the next couple of days.

NHC noted that over the next two days, the remnants have a medium chance to re-form into a tropical cyclone, and over five days, that chance increases to a high chance. The disturbance is forecast to move into the Bay of Campeche early Wednesday, Aug. 23 where environmental conditions are expected to be more conducive for redevelopment.