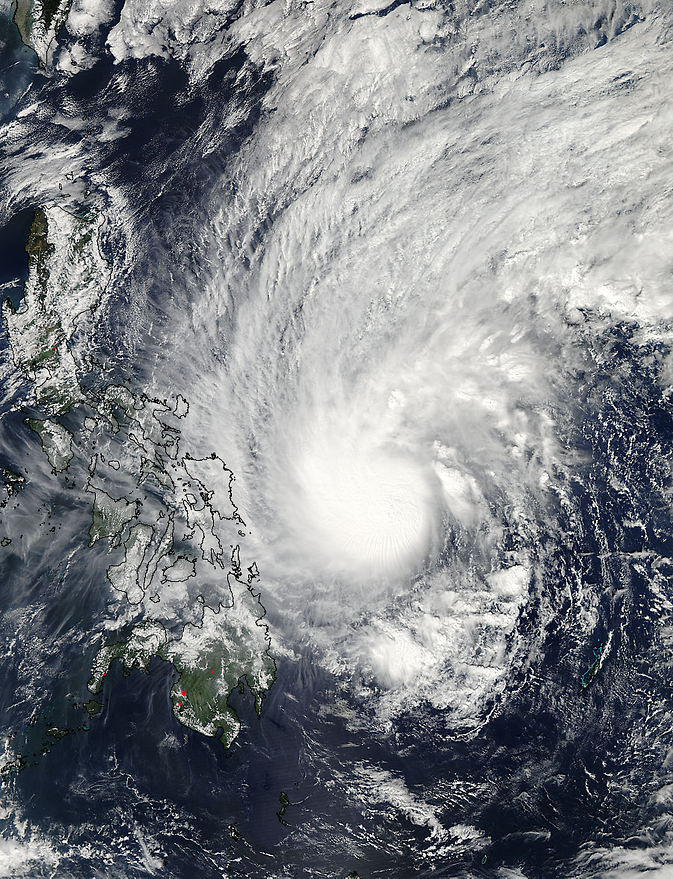 The Global Precipitation Measurement or GPM core satellite analyzed Tropical Storm Mekkhala and identified areas of heavy rainfall as the storm drew closer to the Philippines.

The GPM (core satellite) had an excellent view of Tropical Storm Mekkhala on January 14, 2015 at 2211 UTC (5:11 p.m. EST) as it flew almost directly above the center of the tropical cyclone. The GPM satellite is managed by both NASA and the Japan Aerospace Exploration Agency known as JAXA.

GPM’s Microwave Imager (GMI) instrument found that the heaviest precipitation was then occurring on the western side of the circulation center. Powerful convective thunderstorms in that area were dropping rain at a rate of over 71.3 mm (2.8 inches) per hour. This rainfall analysis also revealed that this area was the most continuous area of rainfall while most of the remainder of the storm containing only scattered bands of precipitation.

GPM’s Radar (Ku Band) data were used to make a 3-D view of the storm that showed thunderstorm cloud-top heights in that area were reaching heights above 13 km (8 miles).

Public Storm Warning Signals have been raised in the Luzon and Visayas regions. In Luzon, the warning is in effect for Camarines Sur, Catanduanes, Albay, Burias Island ,Sorsogon and Masbate including Ticao Island. In the Mindanao region, warnings are in effect for Northern Samar, Eastern Samar, Samar, Biliran and Leyte. For updated warnings from the Philippine Atmospheric, Geophysical and Astronomical Services Administration, visit: http://pagasa.dost.gov.ph/index.php/tropical-cyclone

The Joint Typhoon Warning Center (JTWC) predicts that Mekkhala’s sustained wind speeds will increase before making landfall in the eastern Visayas region of the Philippines on January 17. JTWC’s forecast calls for Mekkhala to move to the northwest and exit the country just south of Manila on January 19 where it is currently expected to degrade into a remnant low pressure area and move into the South China Sea.