The island of Sumatra suffered from both the rumblings of the submarine earthquake and the tsunamis that were generated on December 26, 2004. Within minutes of the quake, the sea surged ashore, bringing destruction to the coasts of the northern Sumatra.

This pair of natural-color images from Landsat 7’s Enhanced Thematic Mapper Plus (ETM+) instrument shows a small area along the Sumatran coast in Aceh province where the tsunami smashed its way ashore. In this region, the wave cut a swath of near-total destruction 1.5 kilometers (roughly one mile) in most places, but penetrating farther in many others. Some of these deeper paths of destruction can be seen especially dramatically in the larger-area ETM+ images linked to above. (Nnorth is up in these larger images.) 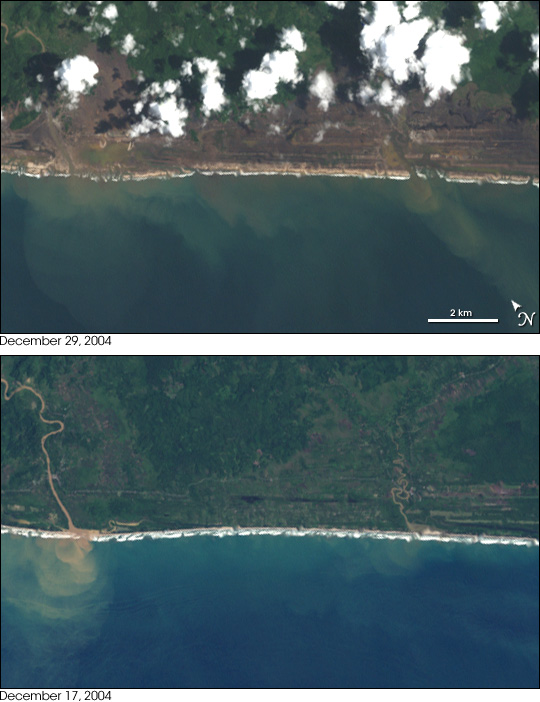