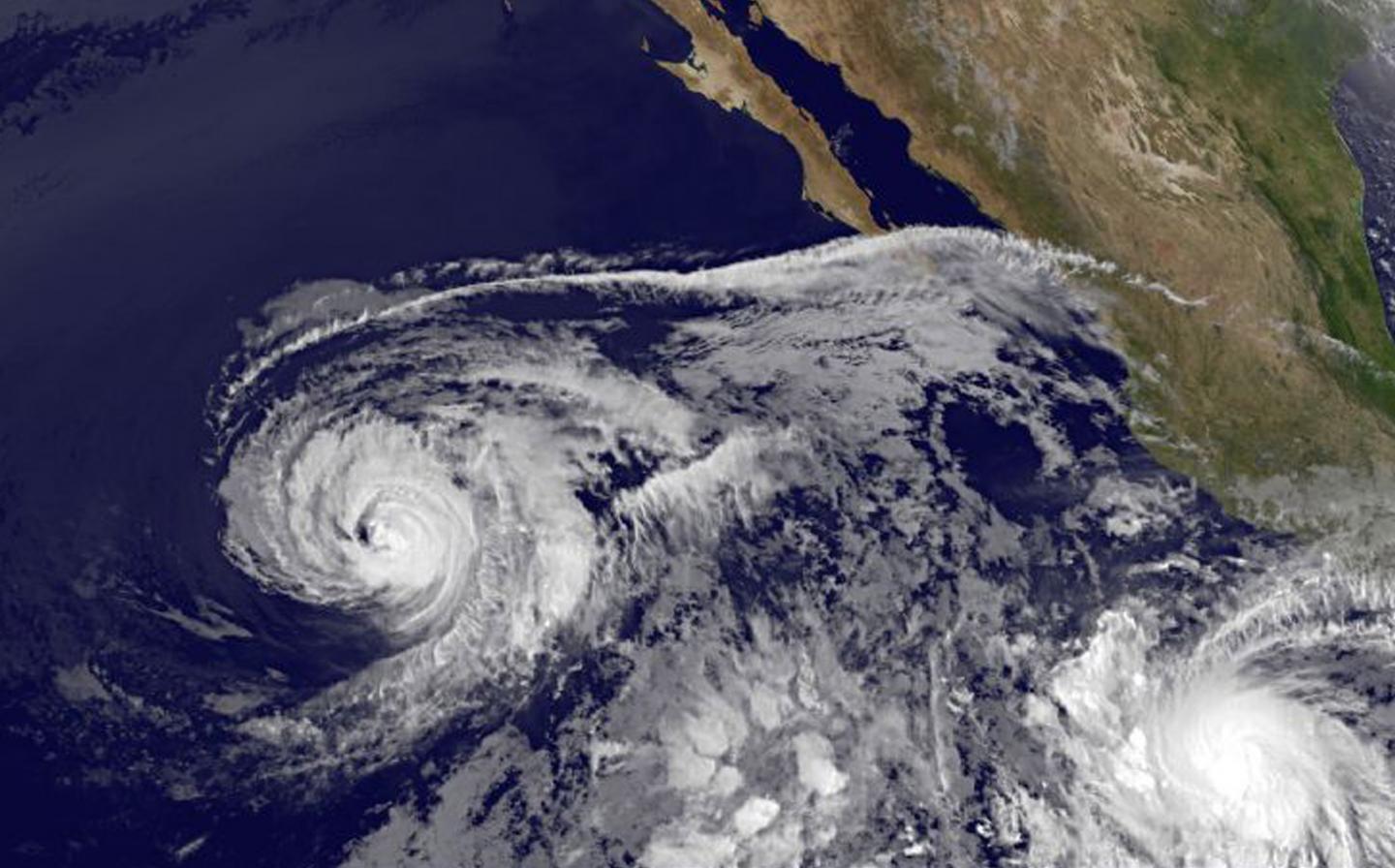 Infrared-light imagery from NOAA’s GOES-West satellite on June 2 shows a weaker Hurricane Andres. The weakening of the storm is apparent in the storm’s structure, as it has lost its eye and no longer appears perfectly rounded.

The GOES-West image, taken at 1200 UTC (8 a.m. EDT) was created by the NASA/NOAA GOES Project at NASA’s Goddard Space Flight Center in Greenbelt, Maryland. The image also shows fragmented bands of thunderstorms southeast of the center.

At 5 a.m. EDT (0900 UTC), the center of Hurricane Andres was located near latitude 17.2 North, longitude 122.2 West. About 890 miles (1,430 km) west-southwest of the southern tip of Baja California. Andres is moving toward the northwest near 10 mph (17 km/h). This general motion is expected to continue today, followed by a turn toward the north and a decrease in forward speed on Wednesday.

Maximum sustained winds have decreased to near 105 mph (165 kph) with higher gusts. Continued weakening is forecast during the next 48 hours, and Andres is expected to become a tropical storm tonight or Wednesday. The estimated minimum central pressure is 969 millibars (28.62 inches).

Even though Andres is weakening it is still generating ocean swells that affecting portions of the west coast of the Baja California peninsula. The National Hurricane Center (NHC) cautioned that these swells are likely to cause life-threatening surf and rip current conditions.

NHC Forecaster Daniel Brown noted that Andres will soon be moving over sea surface temperatures of less than 26 degrees Celsius and into a drier and more stable environment. “These unfavorable conditions will cause steady weakening, and Andres is forecast to weaken to a tropical storm within 24 hours, and become a post-tropical cyclone in 72 hours, if not sooner.”