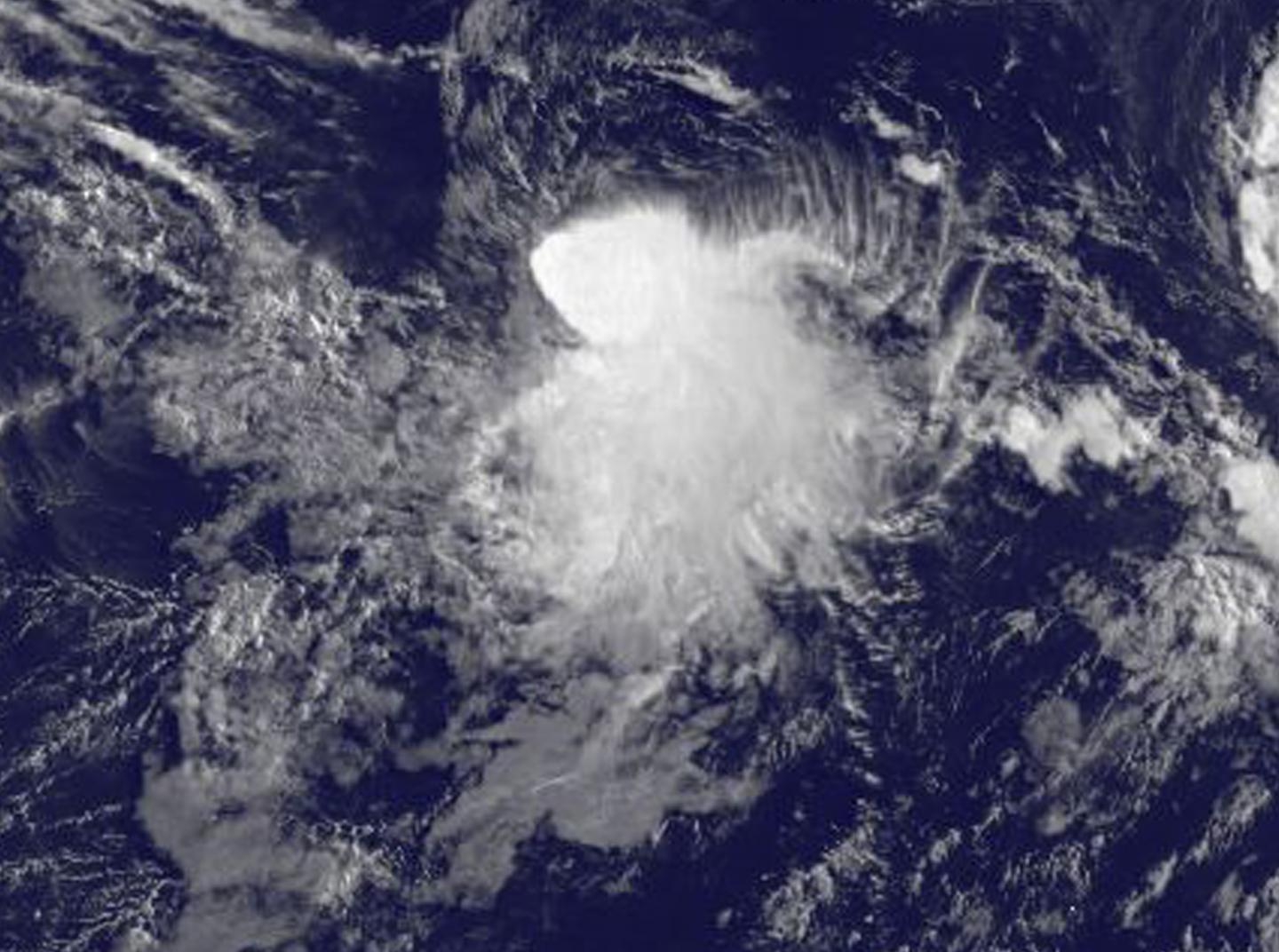 As Hurricane Fernanda moves toward the Central Pacific, and Tropical Storm Greg moves away from the Mexican coast, a new tropical depression formed in between the two tropical cyclones. NOAA’s GOES-West satellite saw the development of Tropical Depression 8E in the Eastern Pacific Ocean on July 18.

NOAA’s GOES-West satellite captured an infrared image of Tropical Depression 8E on July 18 at 8 a.m. EDT (1200 UTC). The National Hurricane Center noted that deep convection developed closer to the system’s center overnight and it has also produced convection for more than 24 hours despite strong northwesterly shear. The image, created by the NASA/NOAA GOES Project at NASA’s Goddard Space Flight Center in Greenbelt, Maryland, showed that the bulk of clouds associated with the depression were being pushed southeast of the center from the northwesterly vertical wind shear.

The National Hurricane Center (NHC) noted at 11 a.m. EDT (1500 UTC) the center of Tropical Depression 8E was located near 14.6 degrees north latitude and 118.8 degrees west longitude, about 815 miles (1,315 km) southwest of the southern tip of Baja California, Mexico. The depression was moving toward the west near 5 mph (7 kph). A turn toward the southwest is expected later today, and a slow southwestward motion is expected to continue through early Thursday. The estimated minimum central pressure is 1,007 millibars.

Maximum sustained winds are near 35 mph (55 kph) with higher gusts.

Slight strengthening is possible and the depression could become a tropical storm during the next day or so.