Vandenberg AFB, Calif., (Jan. 20, 2011) – With the Moon beaming above, a United Launch Alliance Delta IV Heavy sits poised on its launch pad with a National Reconnaissance Office payload at Space Launch Complex-6. Today’s launch is scheduled to blast off at 1:08 p.m. PST. The Delta IV Heavy, standing 235 feet tall, will be the largest rocket to ever launch from the west coast of the U.S. With its nearly 2 millions pounds of thrust, the Delta IV Heavy is America’s most powerful liquid fueled rocket. Photos by Pat Corkery, United Launch Alliance. 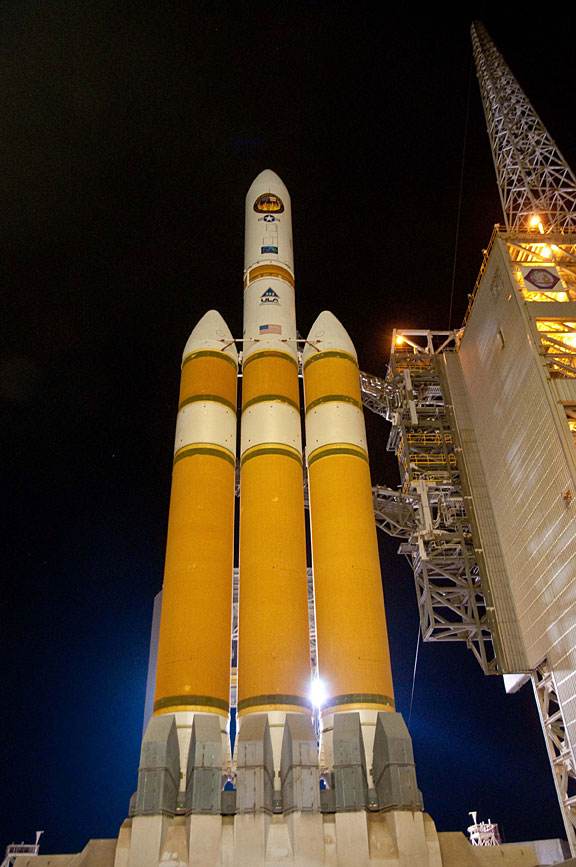 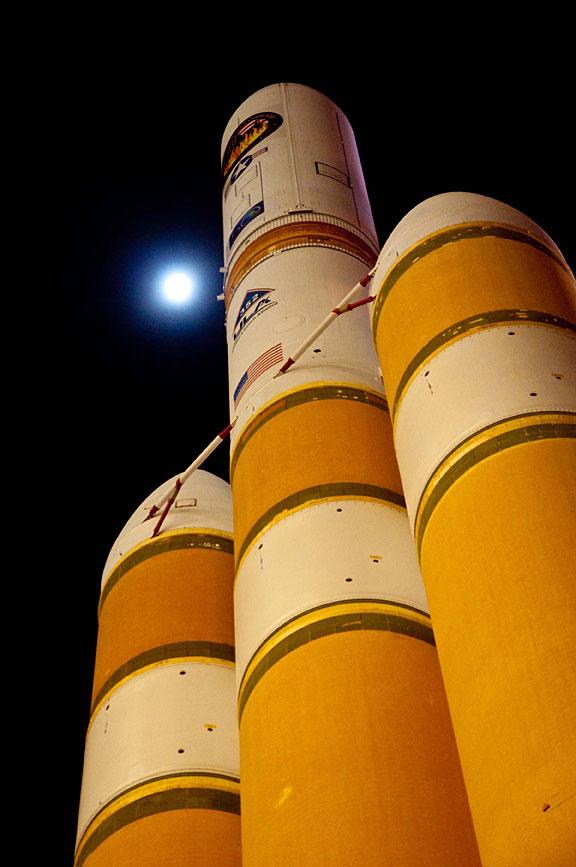